Today we toured Paris again. Sun was shining, it was warm in the sun, no wind to speak of. A nice day.

Two metro journeys and we popped up right at the foot of the Arc de Triumphe, that famous arc that Cadel Evans rode towards on his victory in the TDF.

We also wanted to see the famous roundabout where there are six entry roads, six exit roads and reputedly a crash each thirty minutes. We were there on a peaceful Saturday morning, but peaceful and Paris traffic are not to be used in one sentence.

And some foolish souls try to walk across when there are plenty of tunnels. I even saw a couple carrying a baby across. 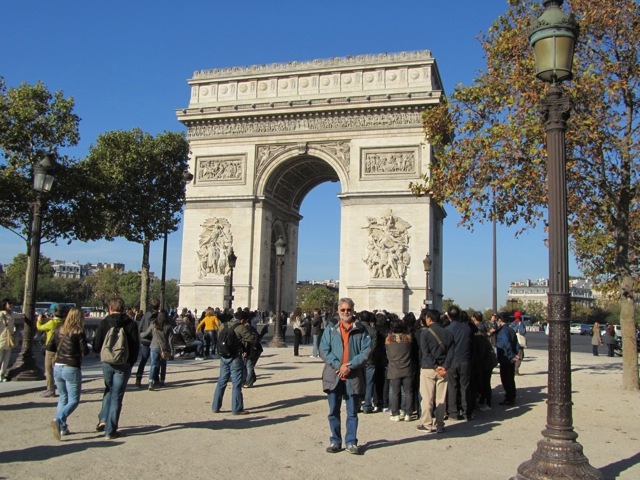 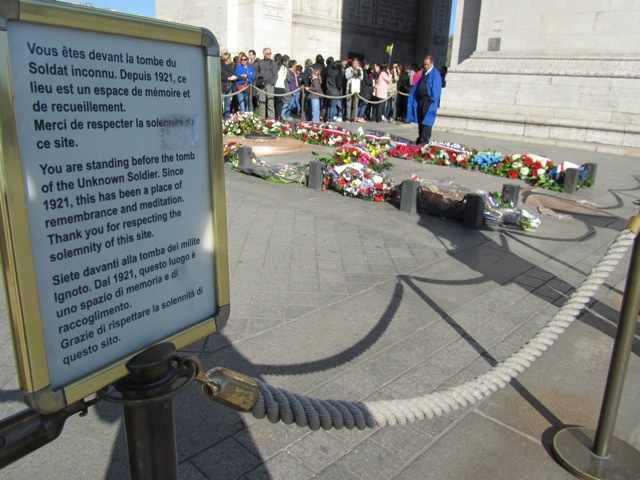 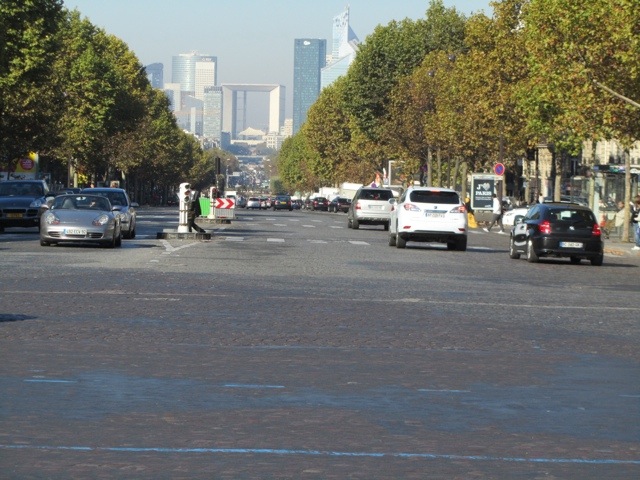 After the Arc, we descended into the world below the city that is the Metro, and headed out to the experience that is La Defence. This is were all the skyscrapers have been allowed, and the density, design and popularity is outstanding. This was the first time we had seen such a collection of modern buildings in our whole tour. 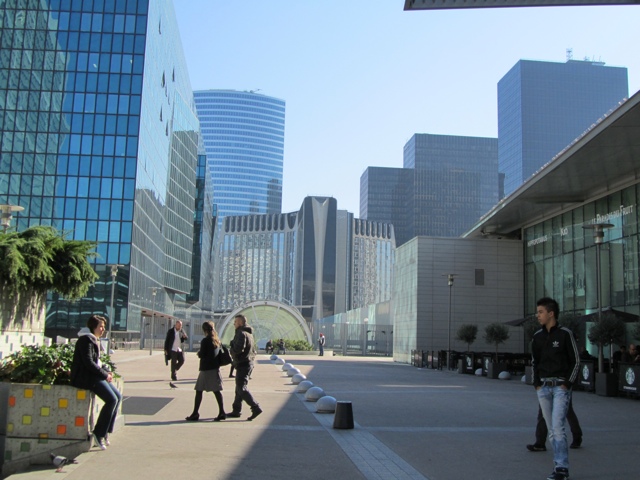 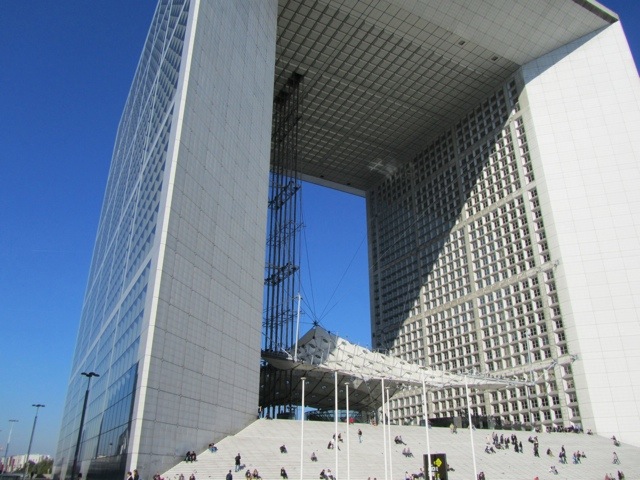 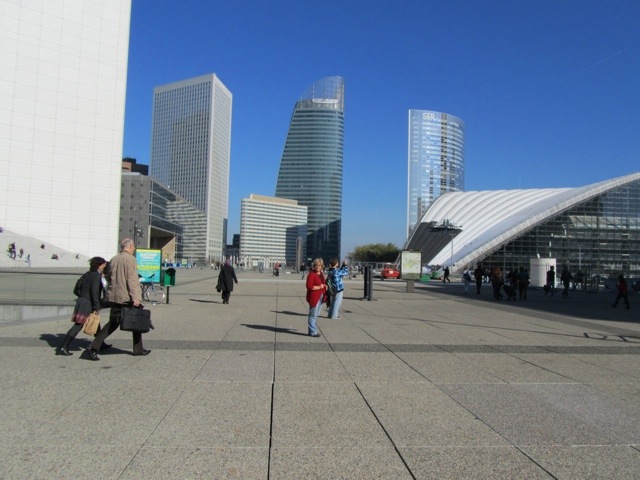 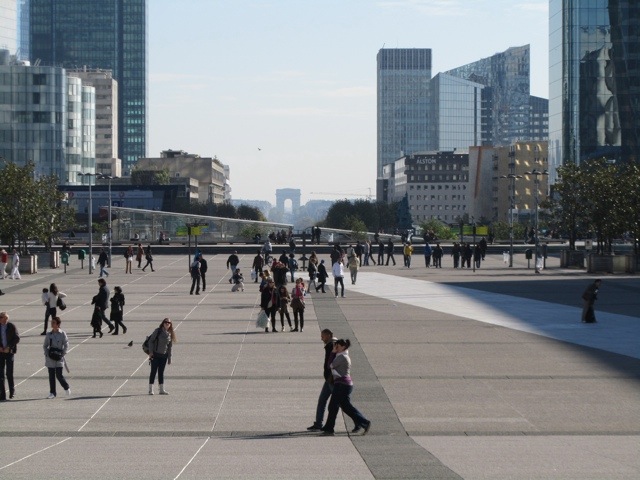 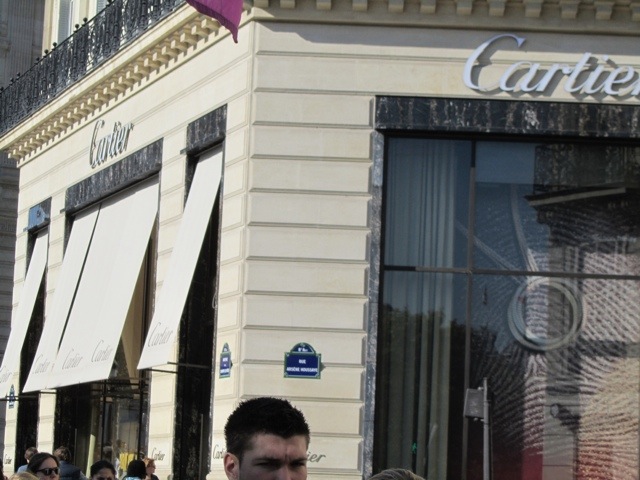 After La Defence it seemed like a nice day for a walk down the Champs Élysées, that famous road that Cadel Evans rode along several times on his way to winning the TDF this year. It’s actually quite a rough cobbled road, and not at all flat with a long climb up to the Arc.

It seemed like there were very many others with the same idea. We didn’t do any shopping! 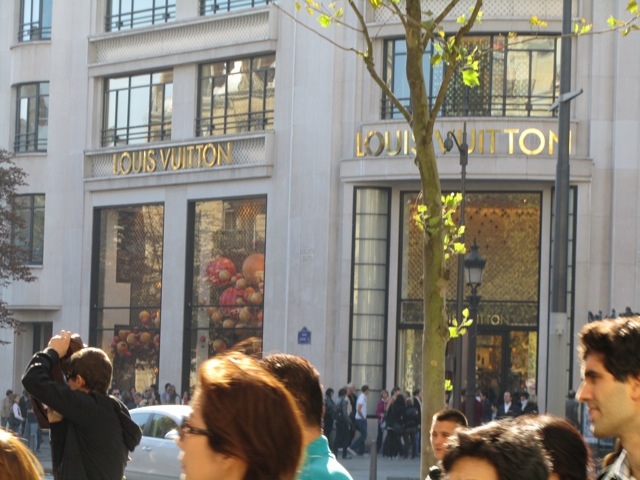 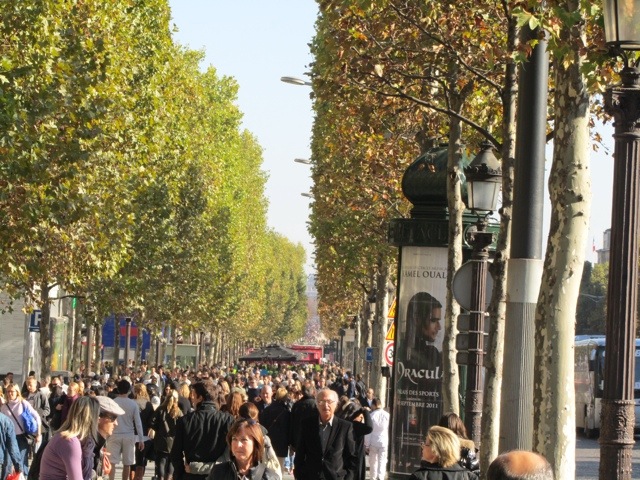 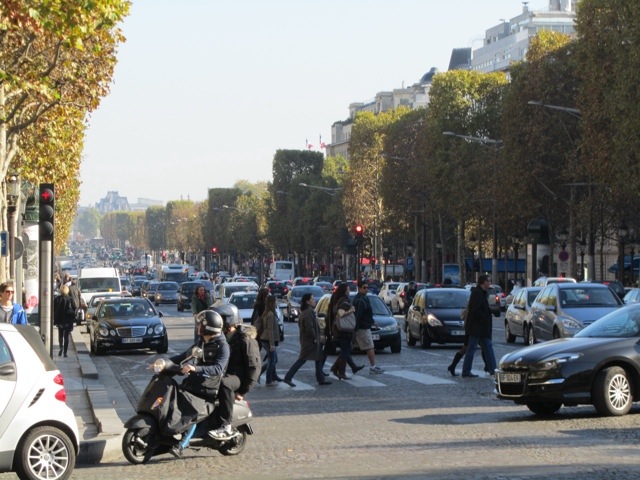 Slowly we made our way back towards the Louvre, and to the less known second entrance where there are no queues. Chris and Cass got in for free because of their age. Chris has one day to go before he is 18 and would have had to pay. I paid 10€, and off we trotted to see the Louvre in twenty minutes.!!!

Instead, we came across a famous painting. 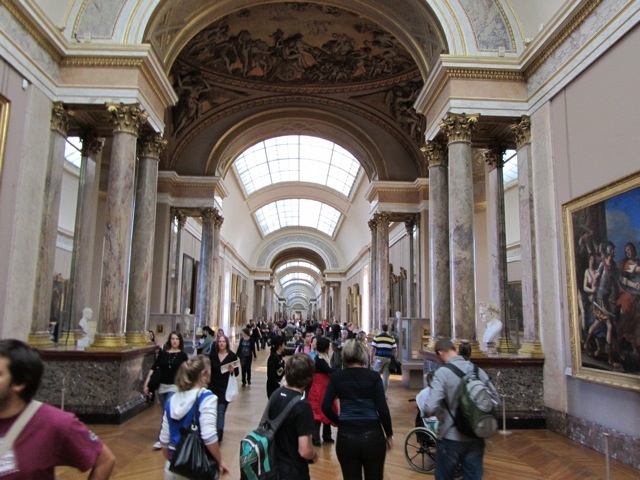 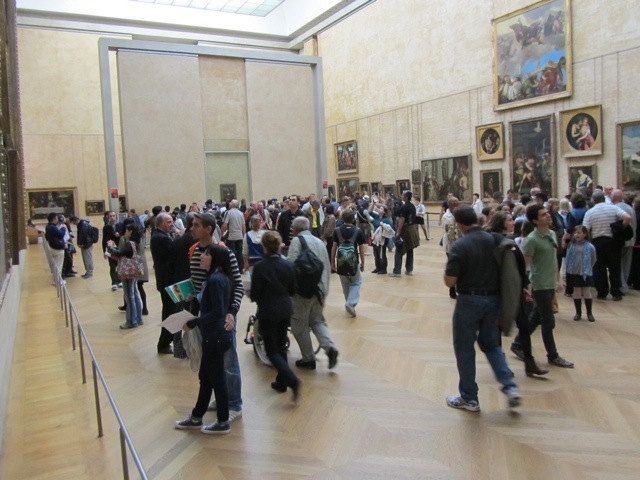 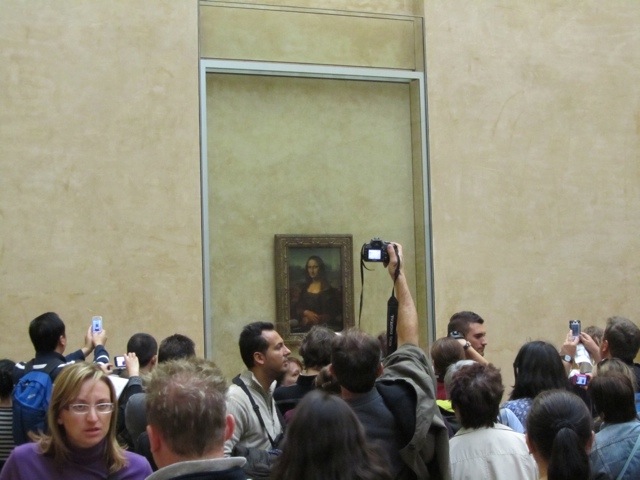 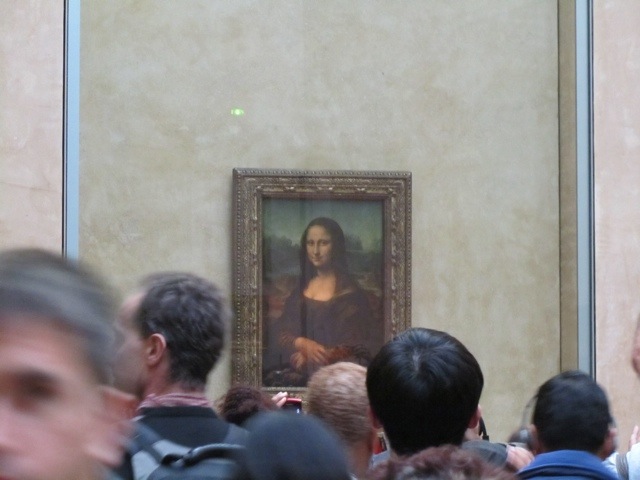 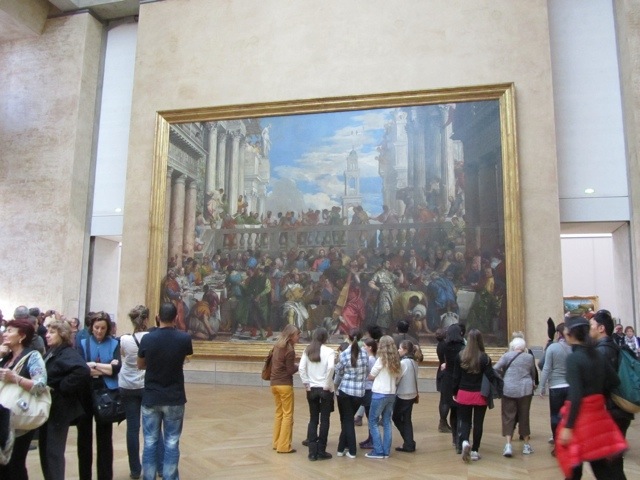 These are some street scenes from where we are living. It could be called a vibrant inner city area. 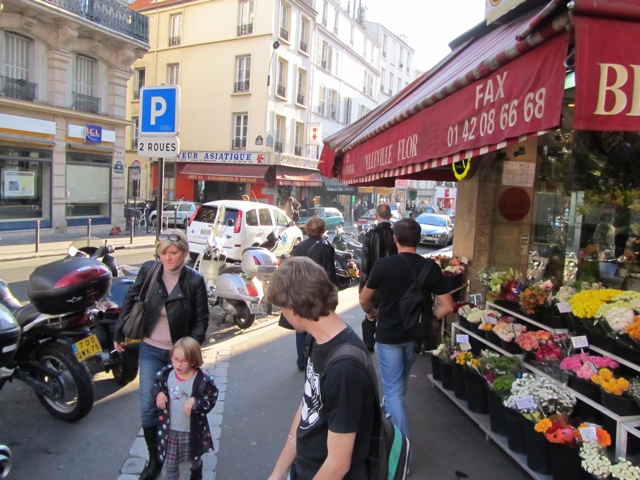 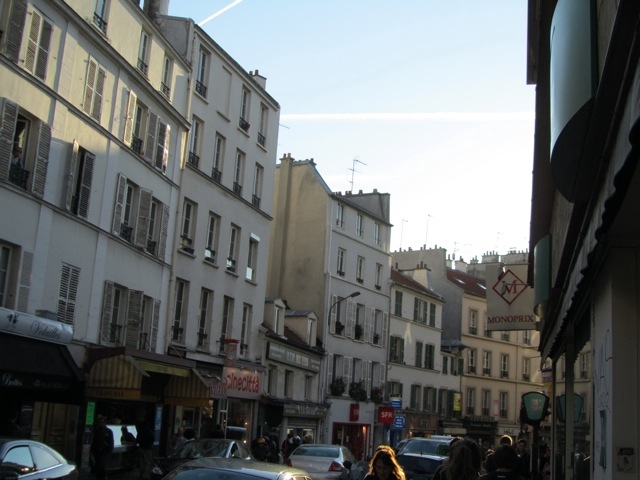 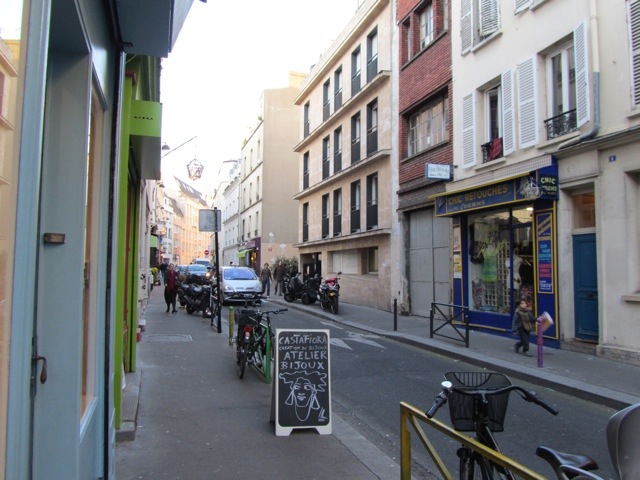 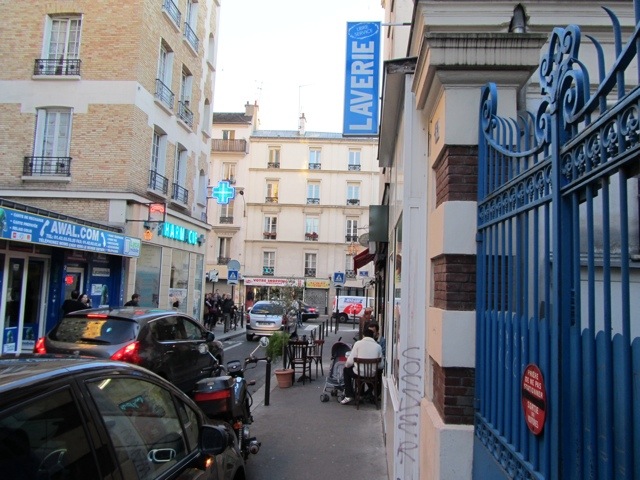 In This last shot, under the sign that says laverie, that’s the laundromat where Kerry AND I were doing the laundry. It’s just outside our apartment.

One thought on “Touring Cadel’s Route to Victory”