Our Air B&B host Jeff offered to drive us the kilometre to the train station, which we were grateful for.

Before this, we had a walk around the area and decided it was quite nice 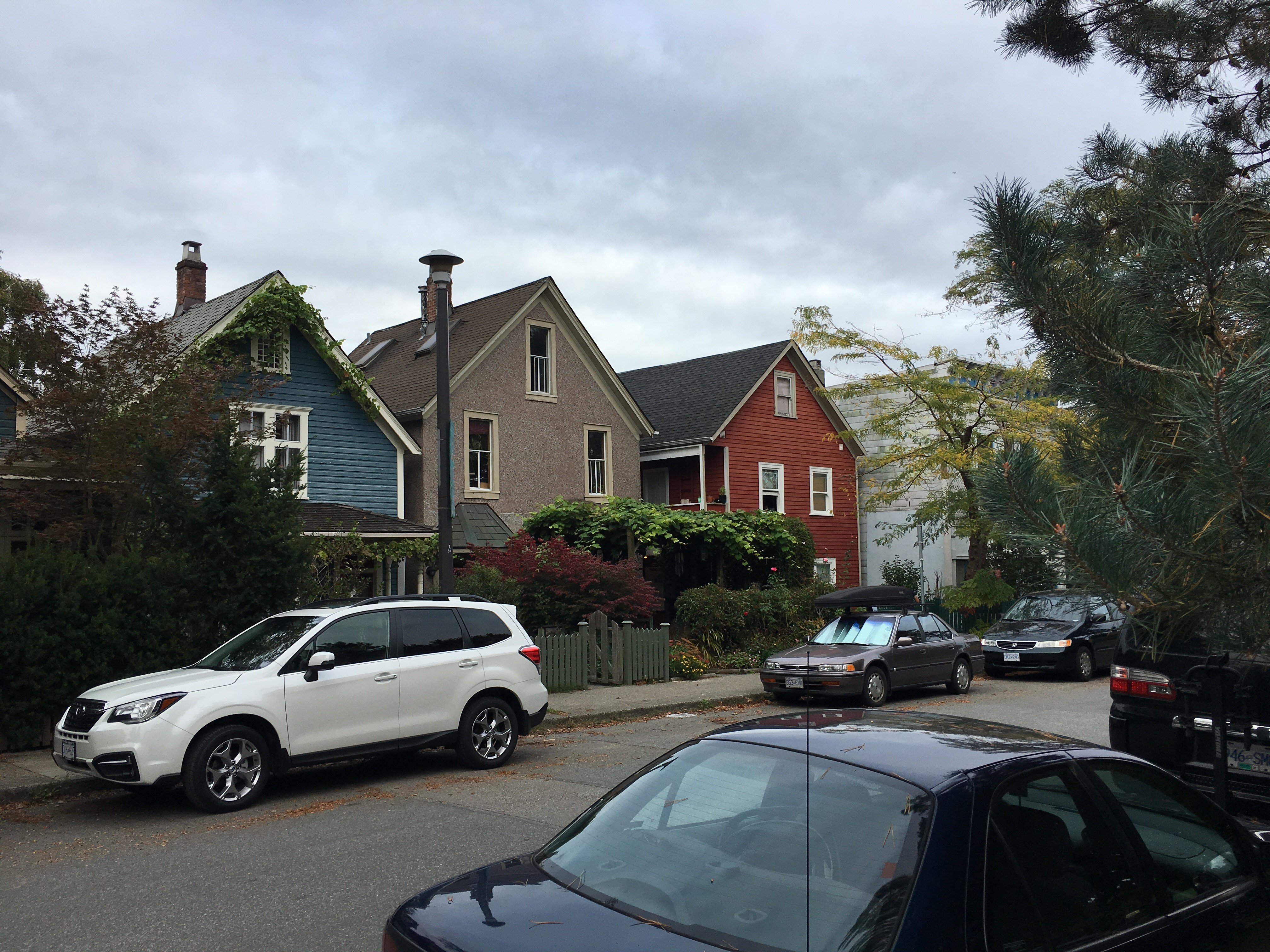 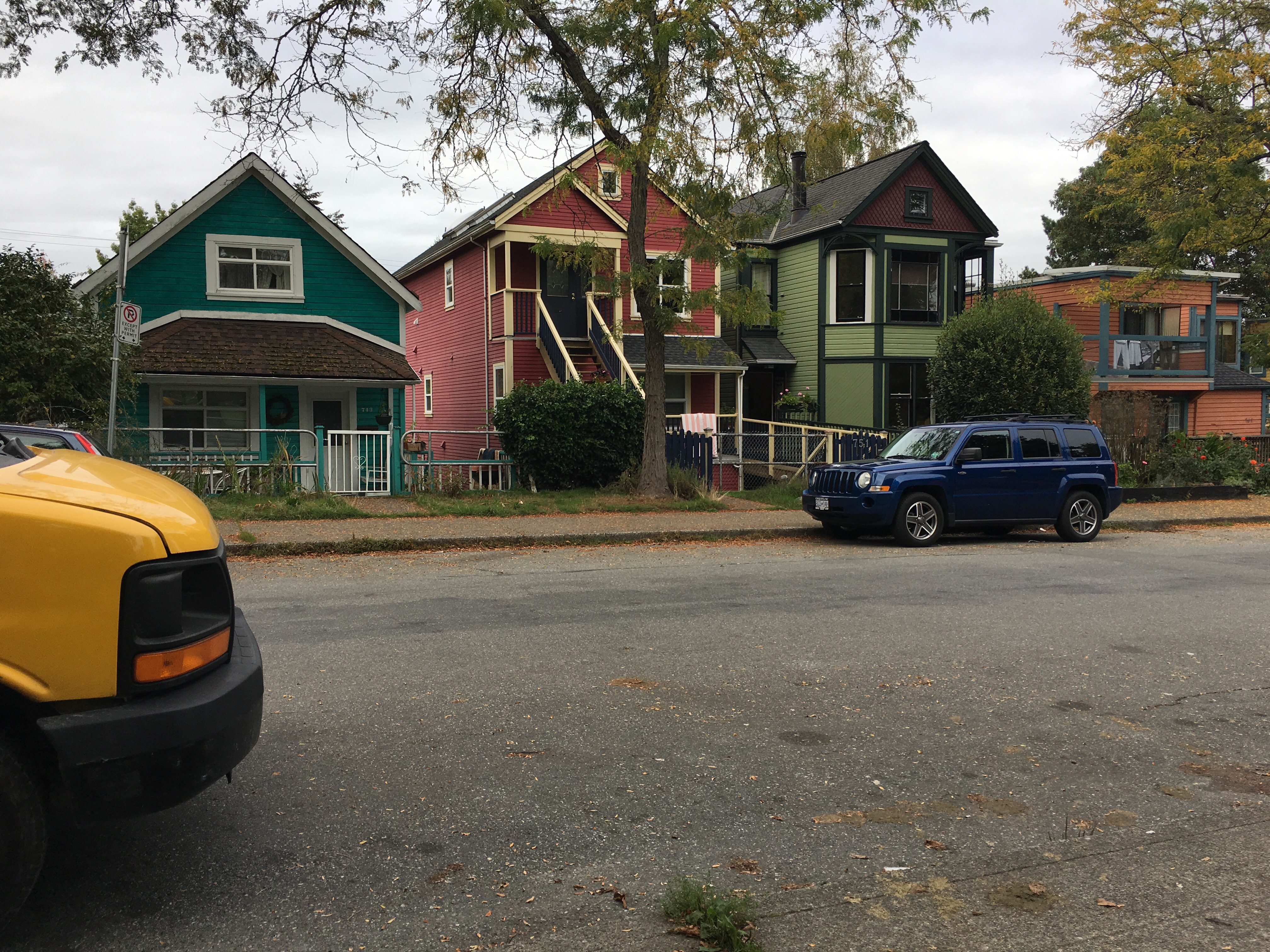 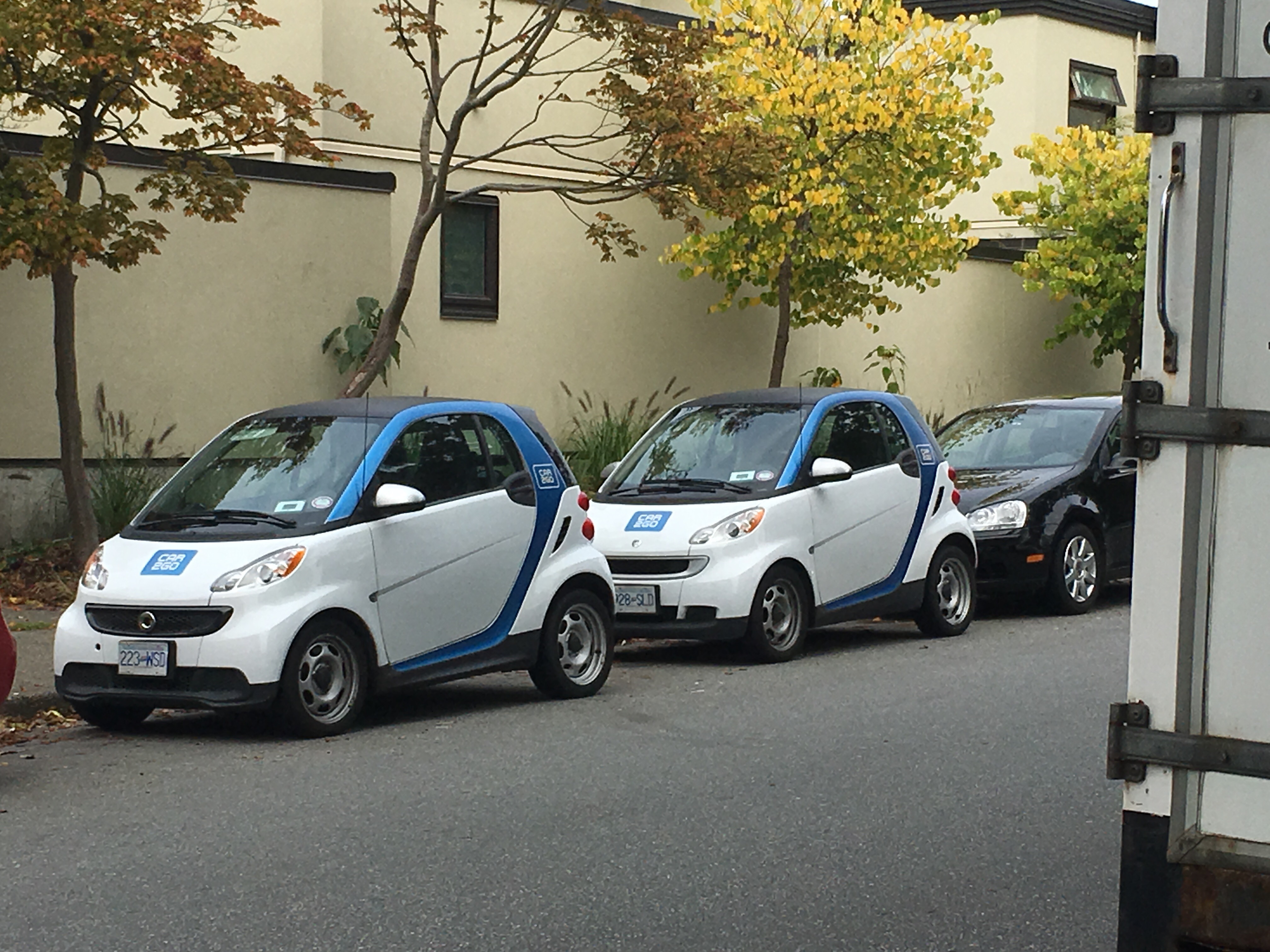 Bags weighed, passports checked, we loaded our luggage under the coach and found a seat. Immediately they were uncomfortable sliding vinyl seats that meant sitting upright was tedious.  Loud woman, front seat right side, lost her phone. Could the nice young man go check for it in the waiting area. Thirty seconds later, she’s found her phone, one of two. And prior to us pulling out she was already making calling on speakerphone seeking directions from the bus stop from some poor accommodation provider who was doing their best to remain polite – which they do very well.

We DID want a Greyhound experience! 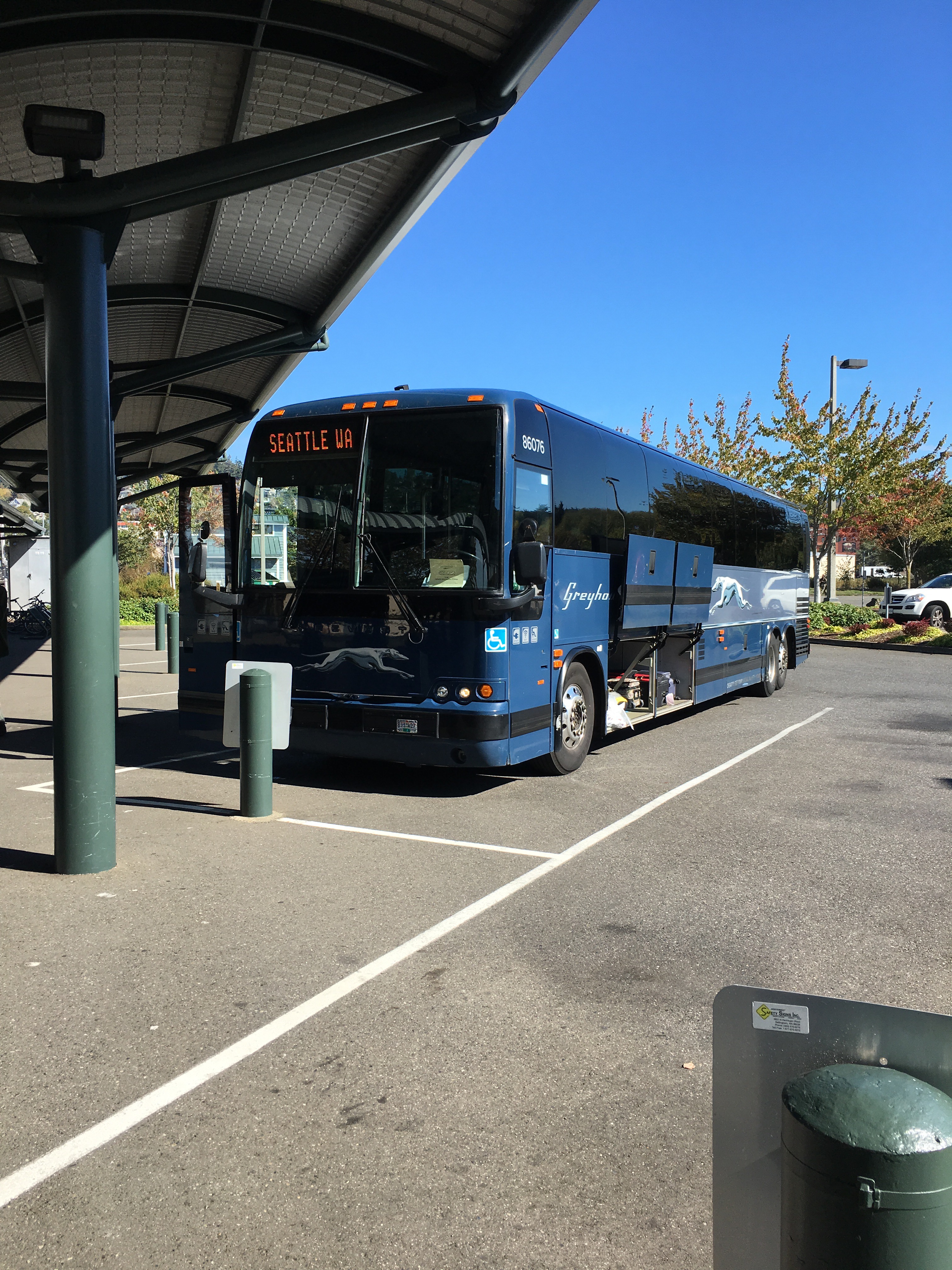 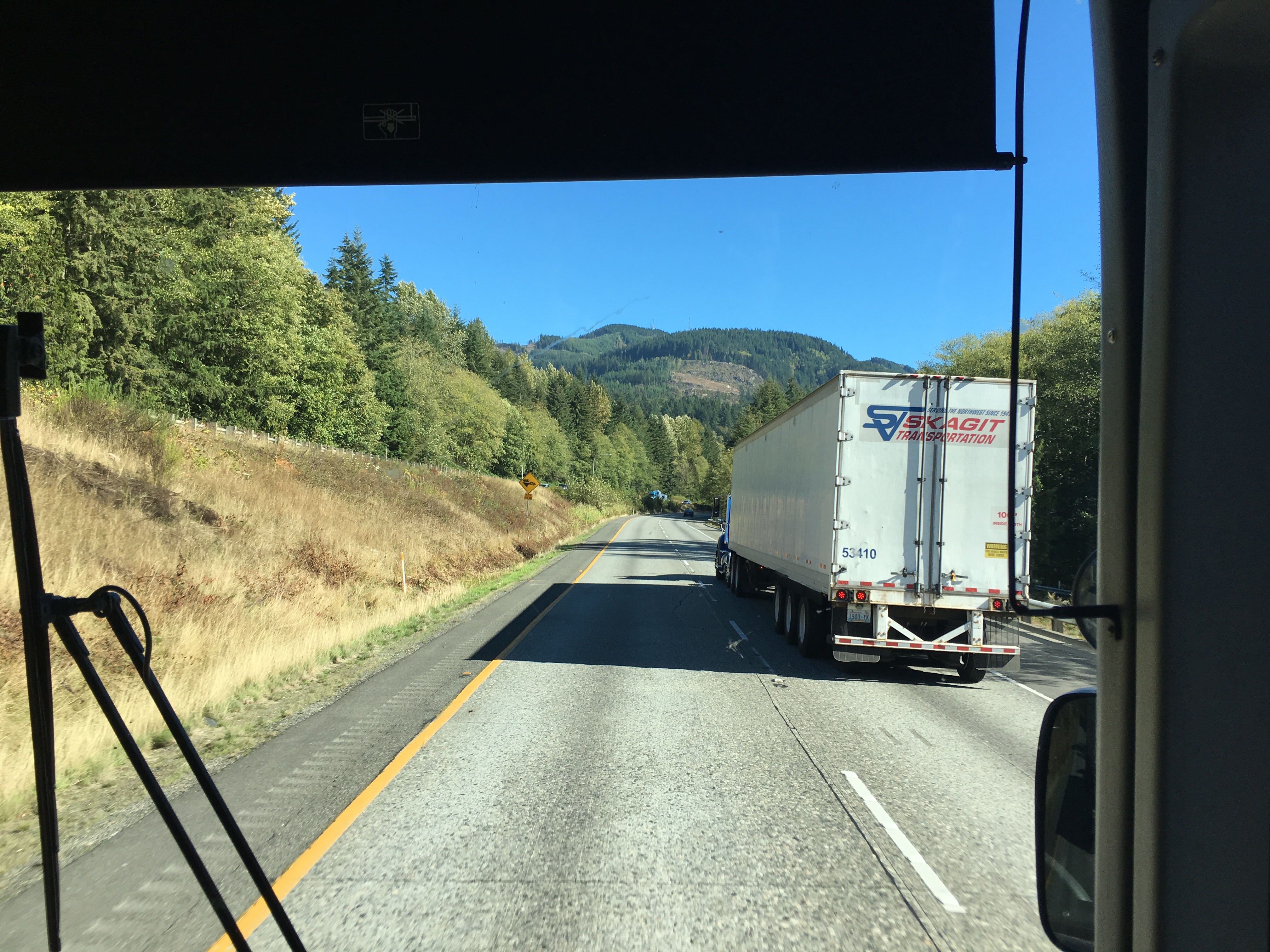 After not long the border crossing was completed with the bus load being processed in an hour.

Our driver was quite uncommunicative. Not rude when spoken to, just announced nothing. Others had attempts at gleaning info, we said nothing.

Noisy woman got off, so Kerry and I took her front seat, and were very pleased we did. Much nicer views.

We chatted to a young couple in the other front seat

Flags were at half mast 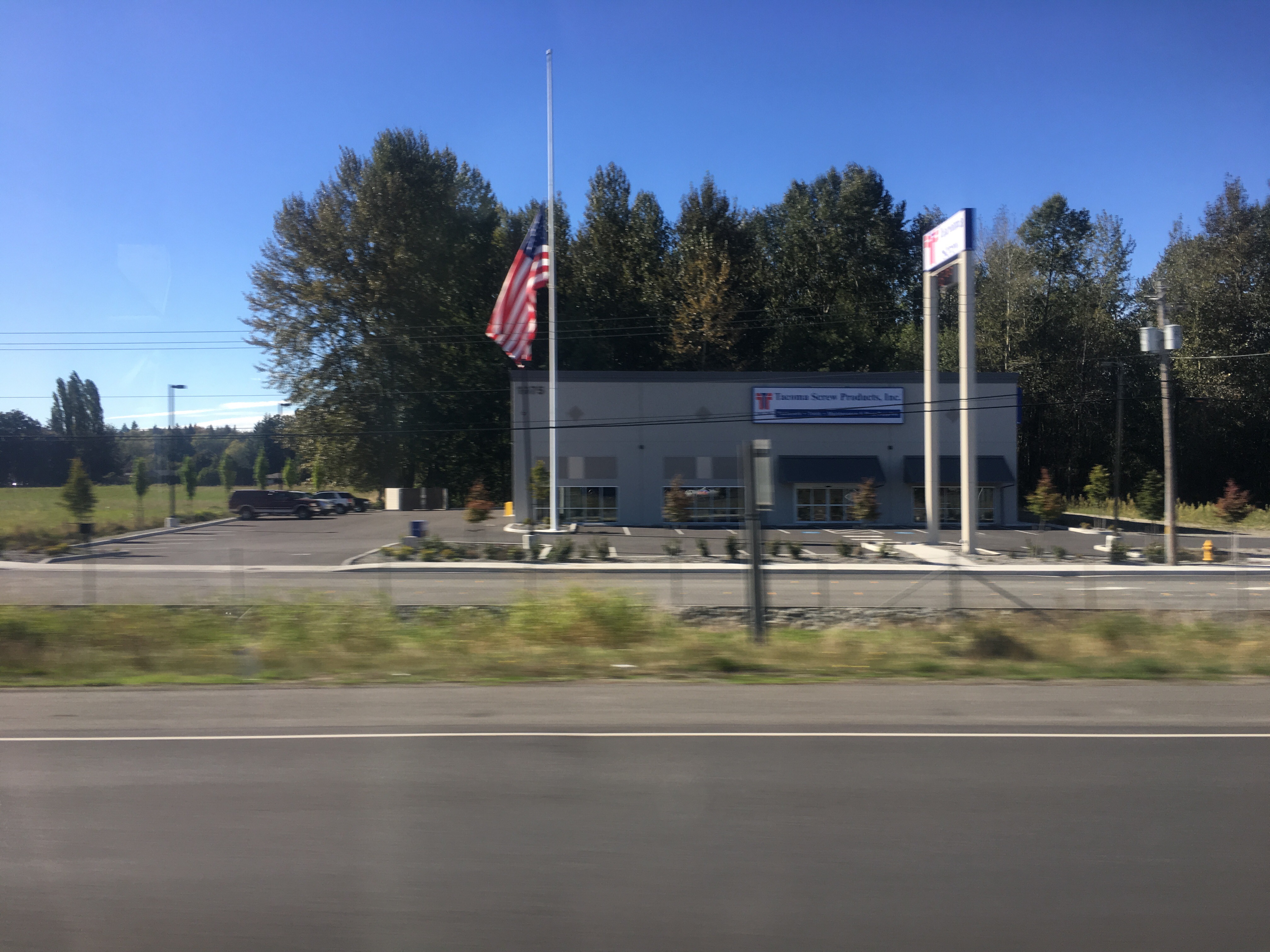 Apparently there’d been five people killed at a random shooting at Macy’s, this Macy’s right here, on Friday. Creepy. 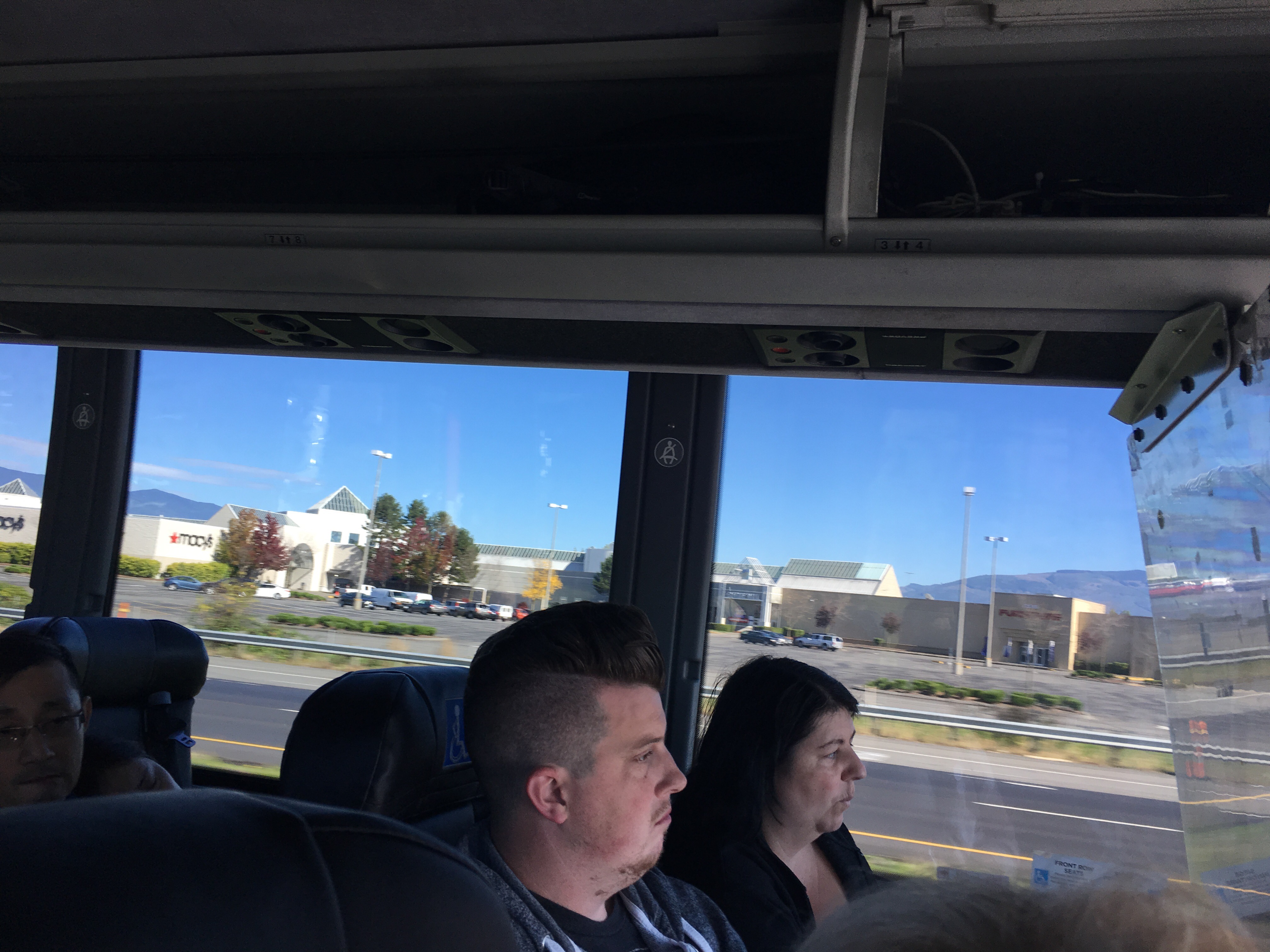 Dinner on the waterfront after checking into our funny little hotel again. 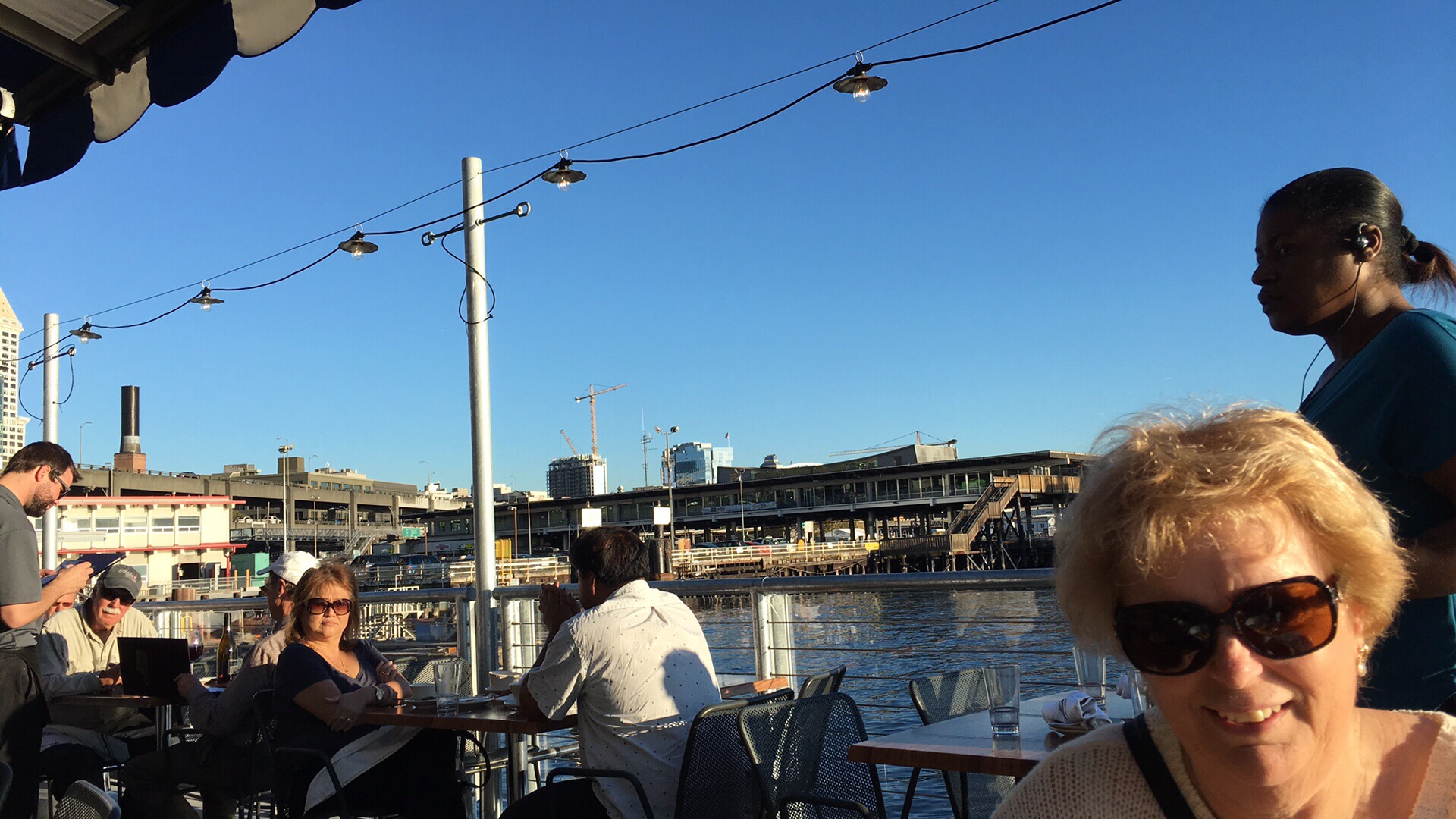 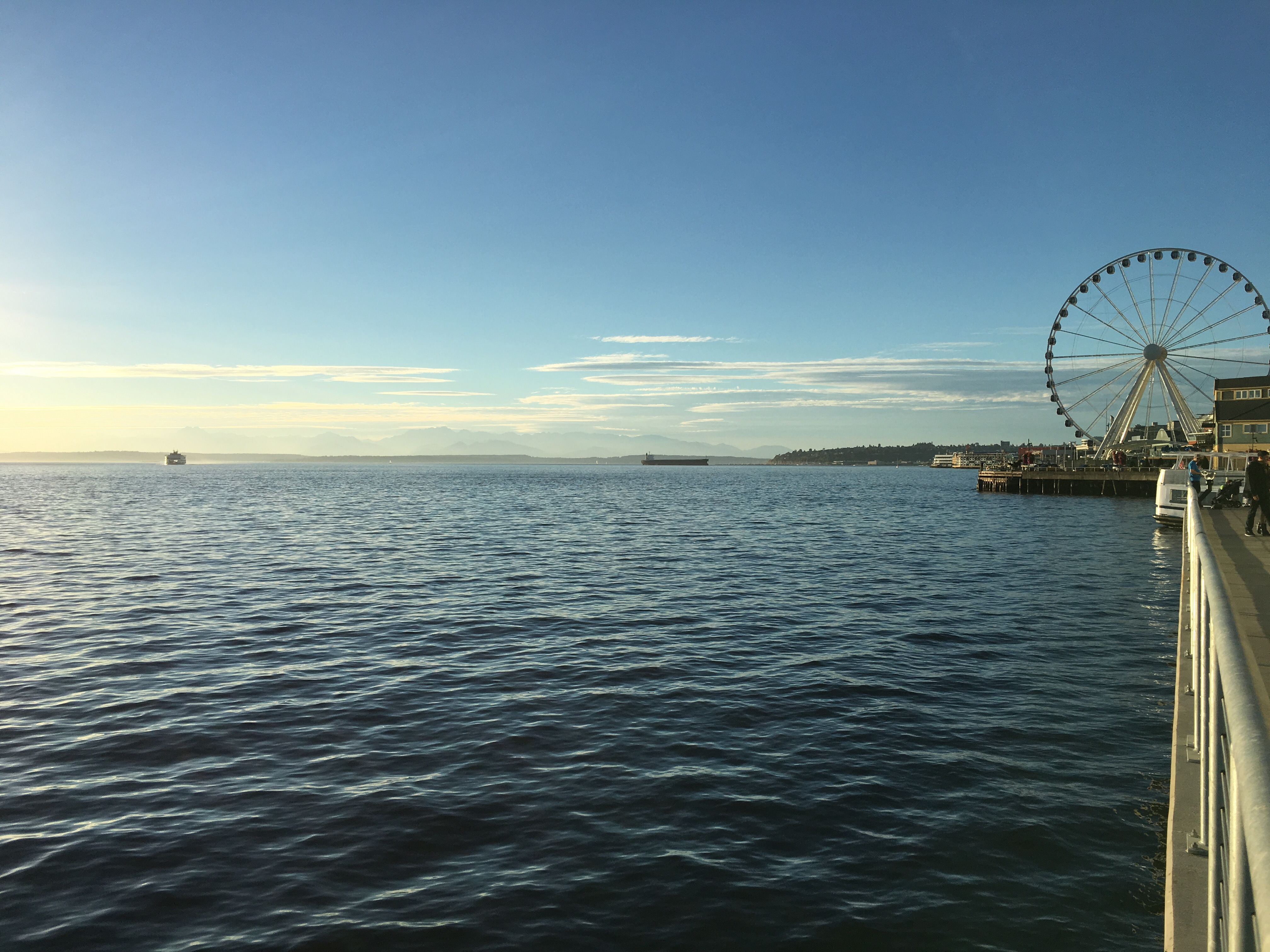