Last night the porthole covers had been opened again – after being locked shut whilst going through the icy waters. Should the outer glass have been broken, water would have splashed inside and the heavy steel covers had to be in place to protect the ship, and keep Sean’s bed dry.

Just before the call to breakfast, Beluga whales were sighted. These smallish whales are all white and quite stand out on the dark ocean as they rise to the surface to breathe. No useful photos to show of these creatures.

Breakfast of porridge, omelette and blueberry pie, with filter coffee and tea.

We’ve started the journey back to Longyearbyen and are heading to a glacier, one of many around, and will explore via zodiac this morning.

Fantastic weather again. Bright blue sky, we need sun screen. Not warm, perhaps 2°C, but the visibility is awesome and as there is no wind, once the zodiac stops moving, the cold blast on any exposed areas of your face is quite easy to take. At some stage, we start removing the various layers to stop from being too hot.

I had five head coverings, three layers on my legs, five or six, maybe seven on my ever expanding torso. The food is exceptional in variety and taste. Chef announces each meal with a flourish and a story, then each wine with a similar story, very amusing.

So we motored up to the two glaciers and sat and waited for calving to occur – some did, but by the time we hear the crack of the ice, the event has happened and all we see is a splash.

We find things to look at – a seal here, or some birds. The seal had a bright orange red face and initially looked nervous at our approach, but with slow and gentle approaches, it stayed still and we came within 10 metres without it launching into the security of the water. We inspect many icebergs and admire the colours and shapes.

We returned for lunch and moved to a small archipelago in the same sound where we launched the zodiacs for a quick cruise around to check for wildlife/bears. This took an hour or so, then we moved to a second archipelago, the same place we saw the beluga in the murky fog of the morning. This time we were out for several hours and as we returned, things looked a little odd on the back deck of the Kinfish, and there appeared to be someone swinging from a chair lift. Was Adrian the waiter going for another dip? 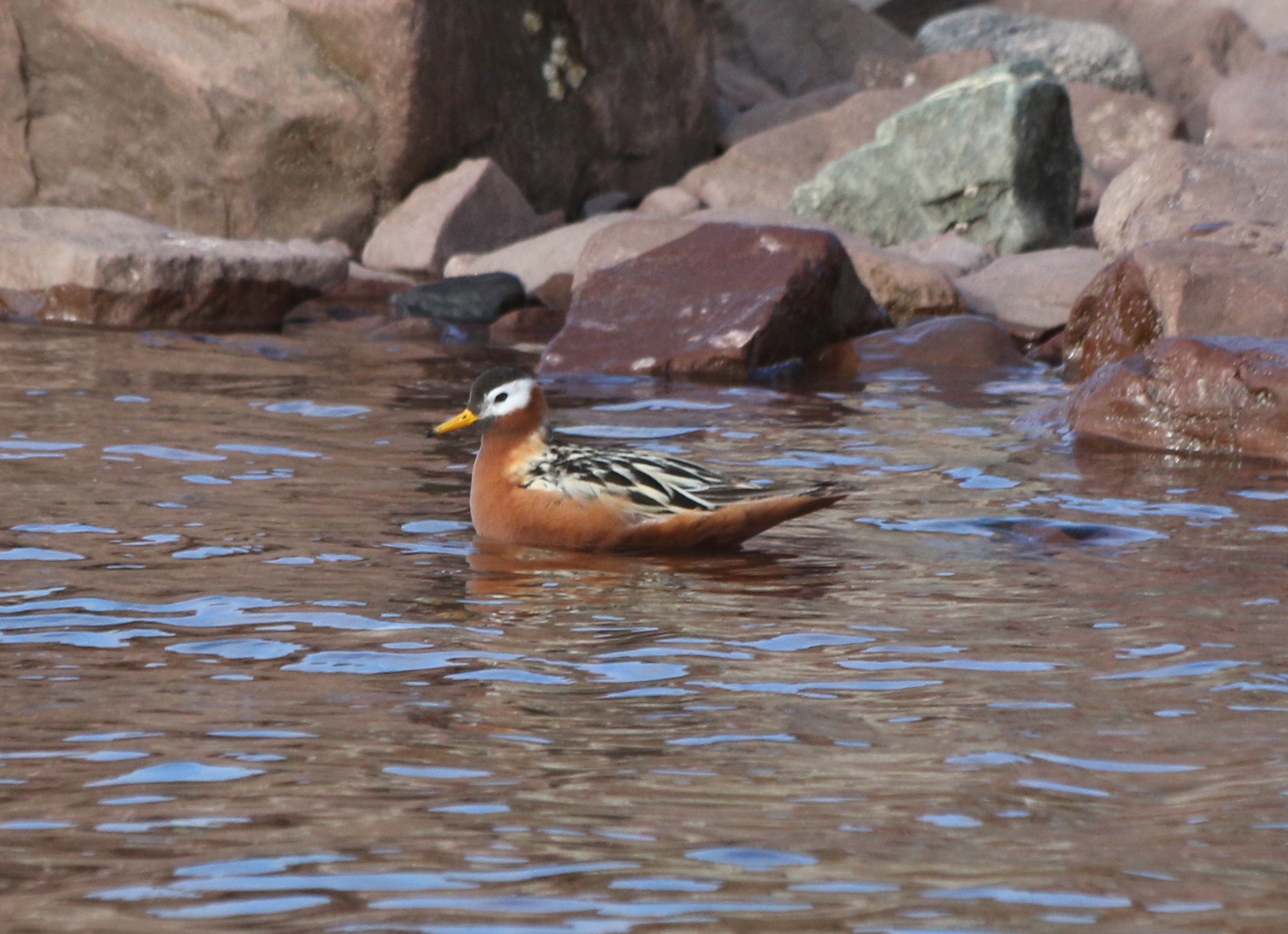 Soon it was clear that the crew had set up for dinner on the rear deck. It was summer solstice after all. This was a great event and most enjoyed by everyone. Chef Christo was put in the chair lift and lifted around to hang above us as he presented his talk for the meal for the evening, and he tried to show us the wines that had been hanging in a bucket up high on a frame. Very funny indeed. Ship owner Robin was hoisted high above the table to take a photo from straight above.

BBQ pork spare ribs and BBQ chicken presented with several options of dressing, salads, corn, potatoes and then Ice creams with meringue served in the arctic on mid summers day. We all had a good time, speeches praising the crew were made and the passengers helped clean up.   We were all in our cold weather gear, the sun had some heat in it but it was probably only 4°C. No wind, bright sunshine, 11pm. amazing. I took a photo from the bridge after midnight in the same conditions. The moon is up too. How good is all of this!!!