A pleasant midday departure was planned, but confirmed when some of the carnet paperwork was not collected by the South African Police on the exit of South Africa last night – in their rush to close for the night.  So 1$ with others had to exit Lesotho, drive down the pass, hand over the sheets, then drive up again. It is a distance of about 7 km, but quite slow and time consuming, no doubt with extra stops for photos.

Long rolling hills with bitumen highways where pleasant driving, it’s high arid mountainous landscape. Our aim was to get to Thaba -Tseka and the highway would take us around a long route of over 300km. The alternative was a short cut of around 100km on dirt roads, which we took.

Small villages of round huts, straw roofs are everywhere, and similar huts spread across the landscape. Herders tending their stock, sometimes sheep, sometimes goats with a few cows. Donkey and bullock carts collecting timber for the upcoming winter. Men wearing long heavy robes to keep the chilly wind out, and menacing looking beanies that when removed would reveal young cheerful faces. 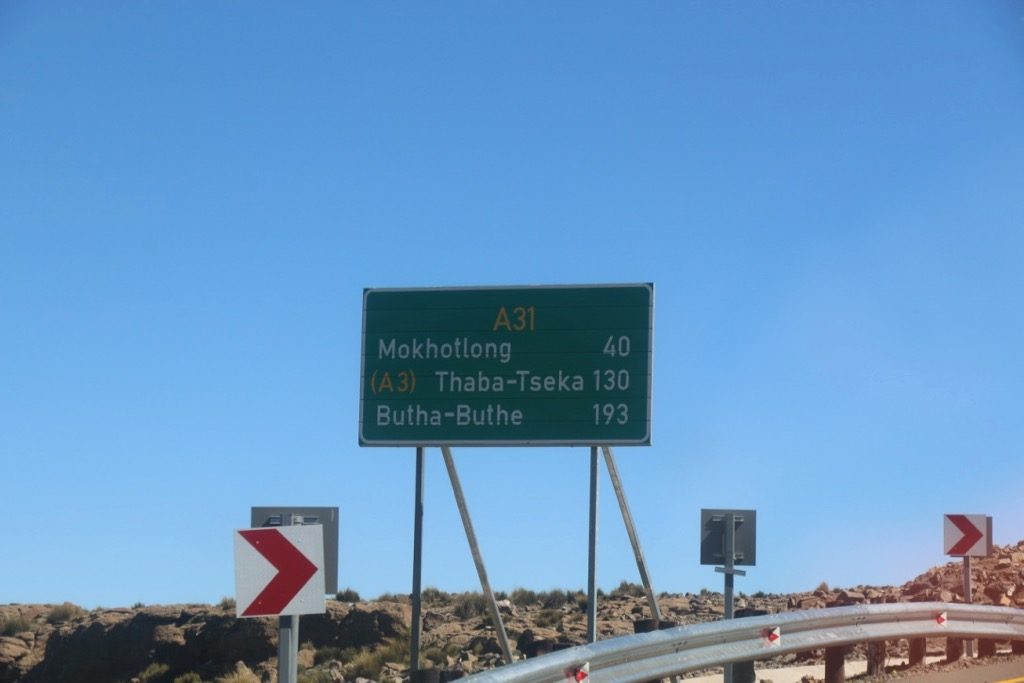 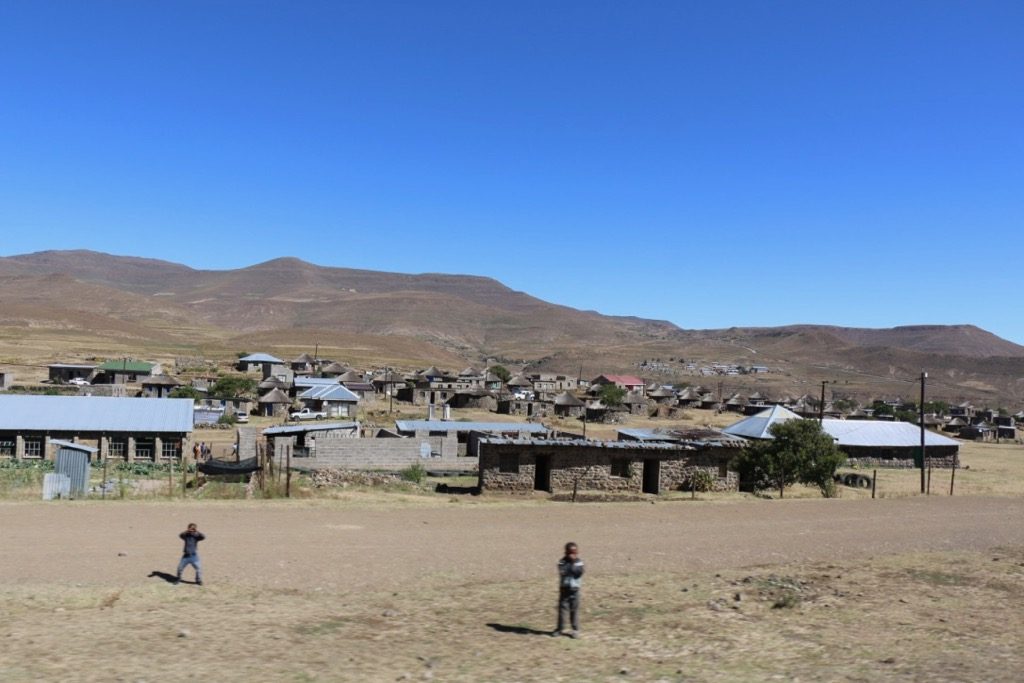 Windy roads, plenty of rocky sections and potholes, this is an unmaintained track.

At some point we came across more and more cars and people  and found ourselves in the middle of an election rally. There was the team wearing red, then there was a team wearing blue with a clock as a symbol – Lesotho version of ‘It’s Time’ I guess.  I think there may have been a yellow and a white team too. As we arrived the two teams were coming together, traffic was at a standstill and chanting people all around us. Loud music from a PA system on the back of a ute. It was a heady experience. We never felt unsafe, everyone was happy, great to see. The thing that interests me is that all these people seem to have pretty similar lives. Some are living in open farms, some are in villages. Some villages have schools with kids with uniforms. But I’m not sure how you could get four different political groupings our of what appears to be a mono culture. 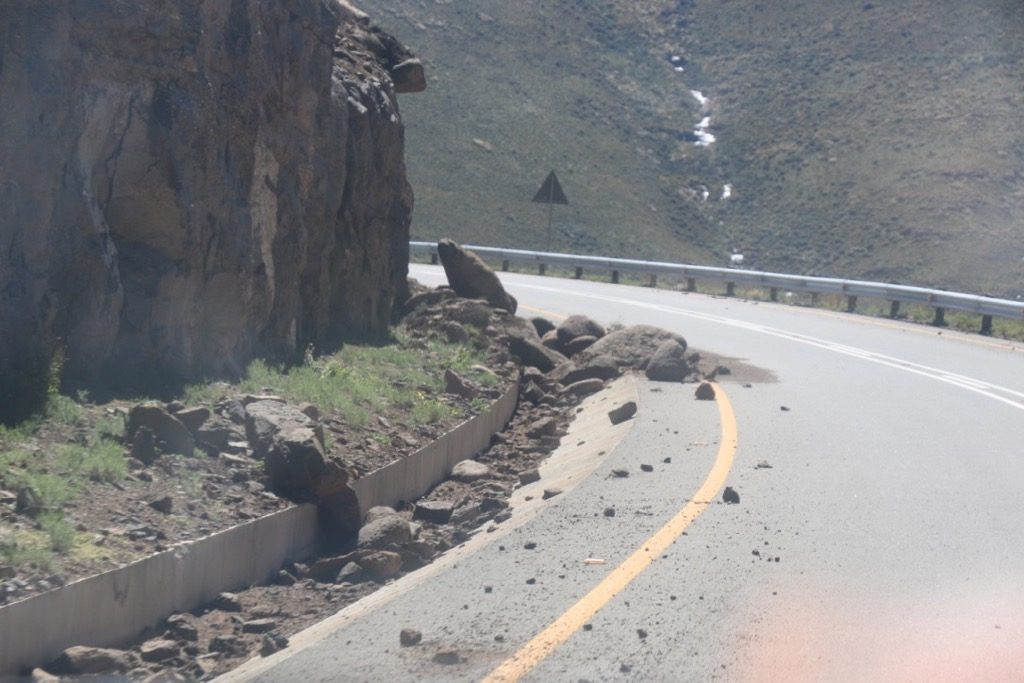 Safely exiting the rally, we kept our progress and as the sun was setting we came across a river with wide floodplain and after due investigation, this was to be our campsite for the night next to the Dinaking river.

Tents appeared from the back of the cars, 10°C rated very light tropical sleeping bags were issued to those who had requested them. Even stretcher camp beds and self inflating mattresses had all be stacked away inside the cars. Combined with ours being a food carrying vehicle, you can see how is would become fully overloaded very quickly.

Keen photographer Nora, also the trip chronicler, and I set up our cameras to capture the night sky. She had taken an awesome shot of the milky way last night and I was keen to do the same. She has a mirrorless Sony with full frame sensor which takes a variety of lens and has all the features of my camera, I think. I was happy with the shots, but it did get cold. 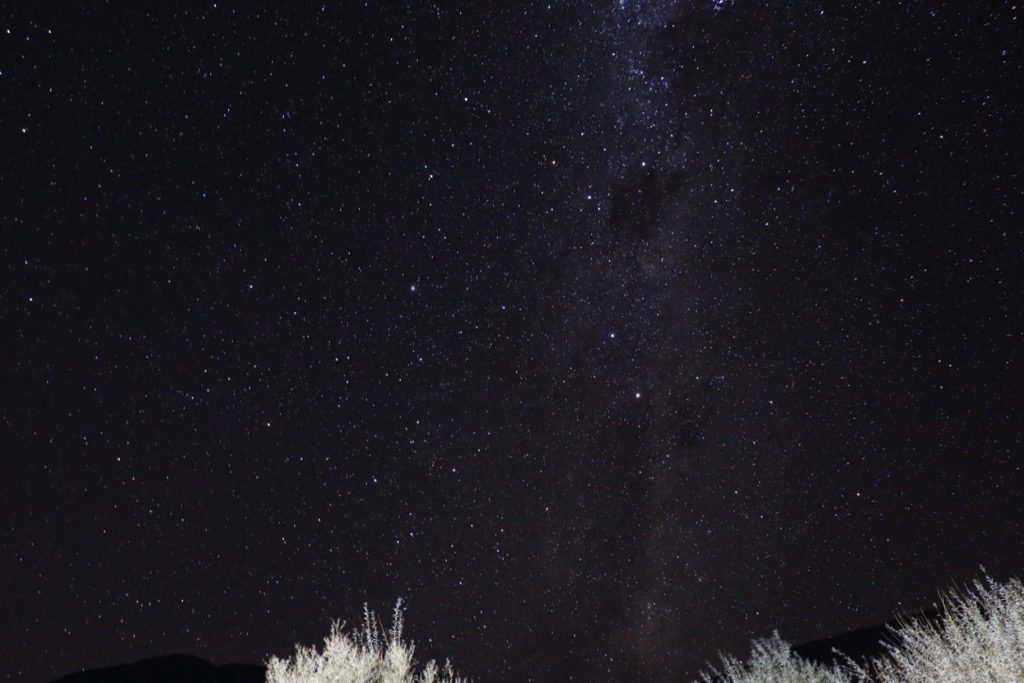 Locals gathered. Locals came with a truck to collect sand for building from the river bed, tents got moved. More locals came and watched the tent city grow and more lights than they had ever seen turned on. Dinner appeared and was consumed and discussion after dinner turned to the need for a two hour sentry roster. I didn’t volunteer.

I was warm enough, but mislaid my nice possum fur beanie, so my head was a little cold at times. I had four thermal tops and one bottom and two liners inside my down sleeping bag that it is zero rated. The Malaysians on the other hand, were all completely unprepared and not acclimatised. Their light weight gear was no match for the 0°C overnight temps. It probably got colder than that as my drink bottle was frozen. 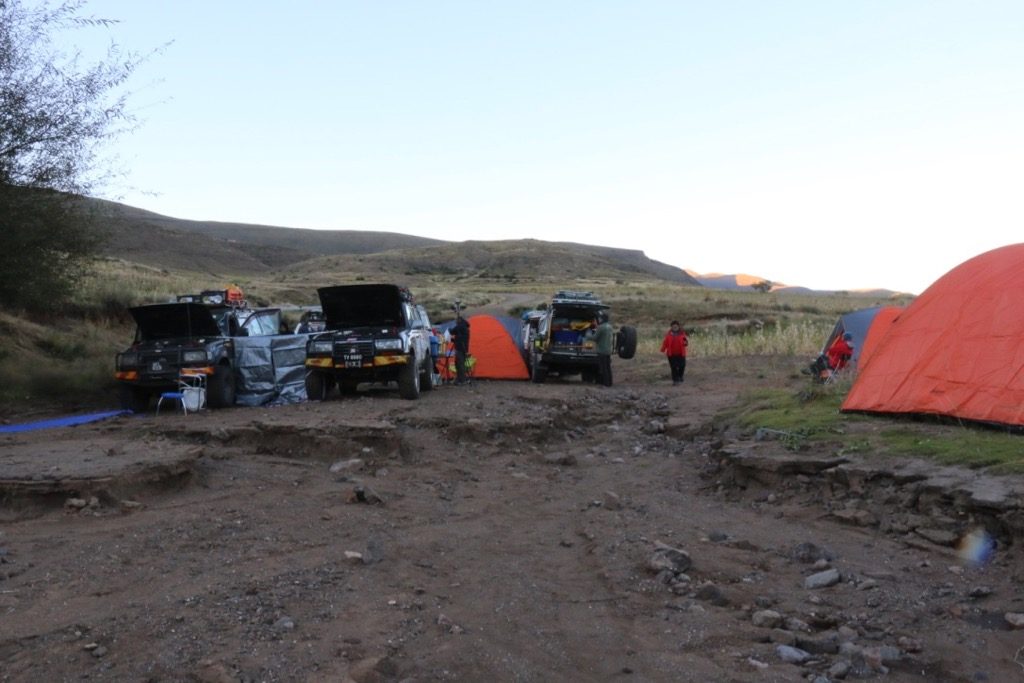 One thought on “Day 4 – Sani Pass to Bush Camp”