Looking out over the Sani Pass down off the plateau of the Drakensburg Mountains and I feel very fortunate to be able to experience this. They do say that high altitude brings a certain euphoria, maybe it does, but so does the scenery.

Taking you back a day, we spent Easter Monday at a shopping centre in Durban, doing a bit more site seeing to the beach and packing up the cars.   None of this was very interesting to write about!

Our convoy eventually left our accommodation at Mandalay in the northern suburbs of Durban and we headed to a spot next to a big stadium, name to be inserted later, that hosted the World Cup several years ago. However the place we parked for a photo seemed to be against the rules and we needed permission to be there. Permission was eventually sought and granted and photos taken. All the run around kept us there for at least twice as long as if they’d just let us do our thing and be on our way. 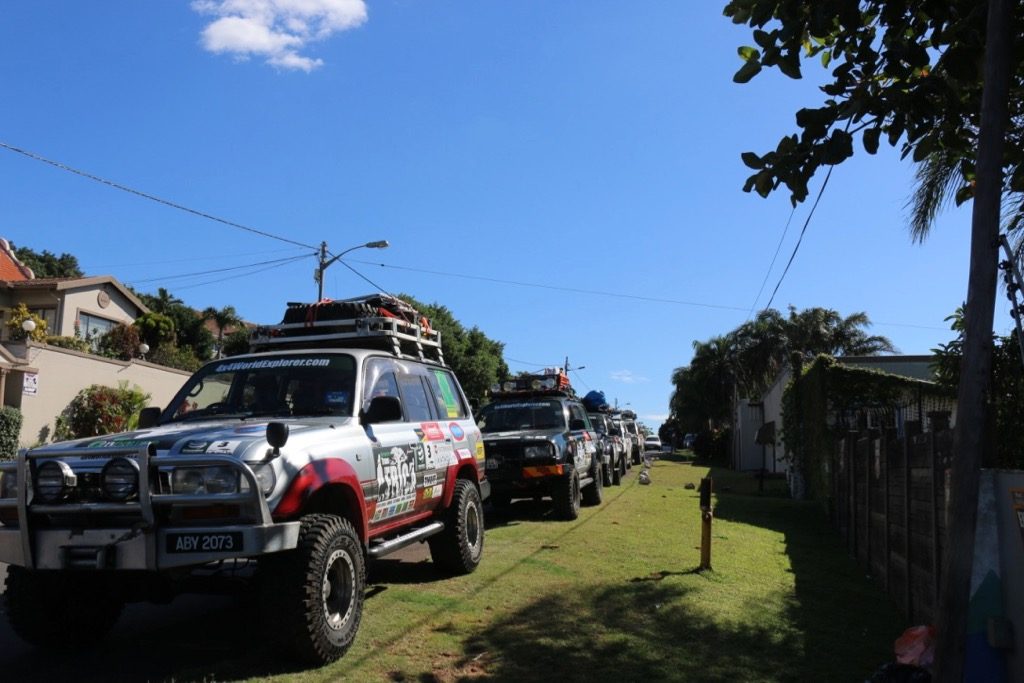 We found our way onto a major motorway heading to Pretoria, the capital of South Africa up through ranges and steep climbs with plenty of traffic.

I was comfortably squeezed into the back seat along with heaps of gear and noticed the temp gauge rising. After a stop at a big service station we turned off and found ourselves on lesser roads looking for a lunch stop. By accident, we turned off into what turned out to be a pretty little community of herders and subsistence farmers. Lunch of noodles was prepared but I was still full from yesterday’s lunch, so declined. 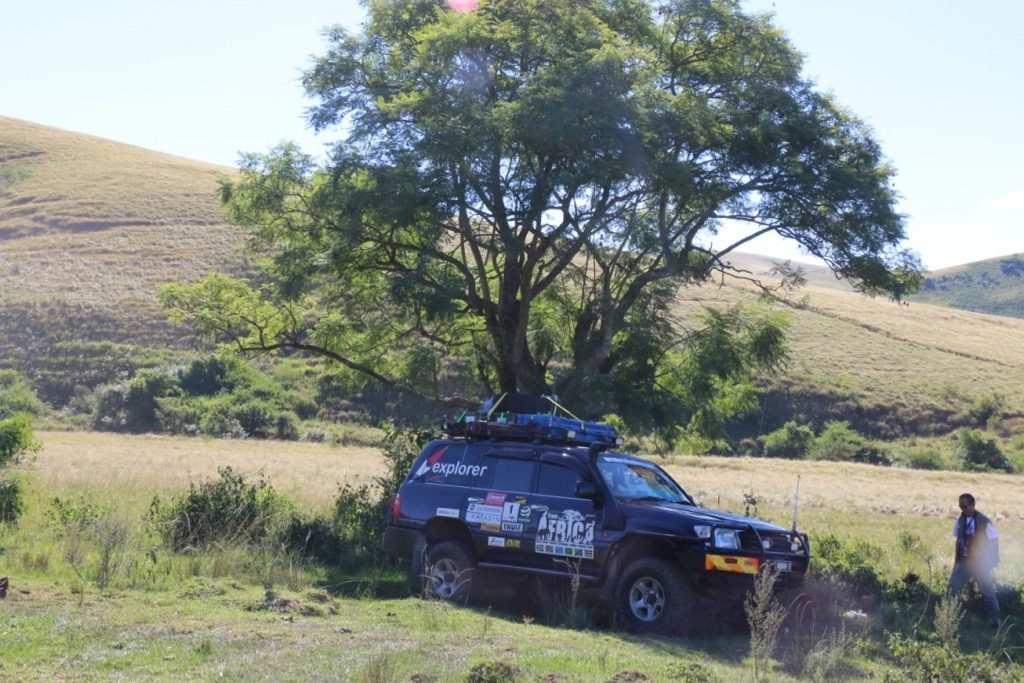 More of a delay was the discovery of a significant problem with the car I was in – no doubt a head gasket has blown. After a refill of water and plenty of concerned looks, I was placed in the drivers seat and told to drive gently. This I did and although we couldn’t keep up with the convoy we didn’t do too bad. We had 1$ and mechanic Jackie following us in my old car so refilled the radiator a couple of times – hot cup of tea anyone?

Pressure was on to reach the South Africa border post before they closed at 6pm and we made it, just. Before then the tar road had petered out and we were on the rocky dirt track that went all the way up the side of the mountain, so I had fun driving that in low range. Engine seemed to stay cool enough with care, not revving too much, low pressure on the accelerator and changing down gears to reduce the fuel needed – fuel = heat and pressure which aggravated the problem. Slow progress at times.

The border control was very happy to stamp us our really fast with no formality, they wanted to go home. Better than 8 hours from Mongolia to Russia!

After entering no mans land between the two border crossings, Eddie drove again and we climbed through the Sani pass at night which was a wonderful experience. Seeing the lights of the cars leading us way up and up and up ahead of us, and watching the altimeter on my mapping app climb and climb through 1500m to 2000m then to 2872m at the Mountain Lodge. The entry to Lesotho stayed open for us and again it was a quick stamp and away we go.

The poor Malaysians I am travelling with are freezing in the cold mountain air, and I do admit that I felt the cold in my shorts too. 8°C when we arrived and dropped to a low of around 2°C. Camping is planned for tonight…. eeeek.

A chilly start was worthwhile to get the light on the plateau soon after sunrise. 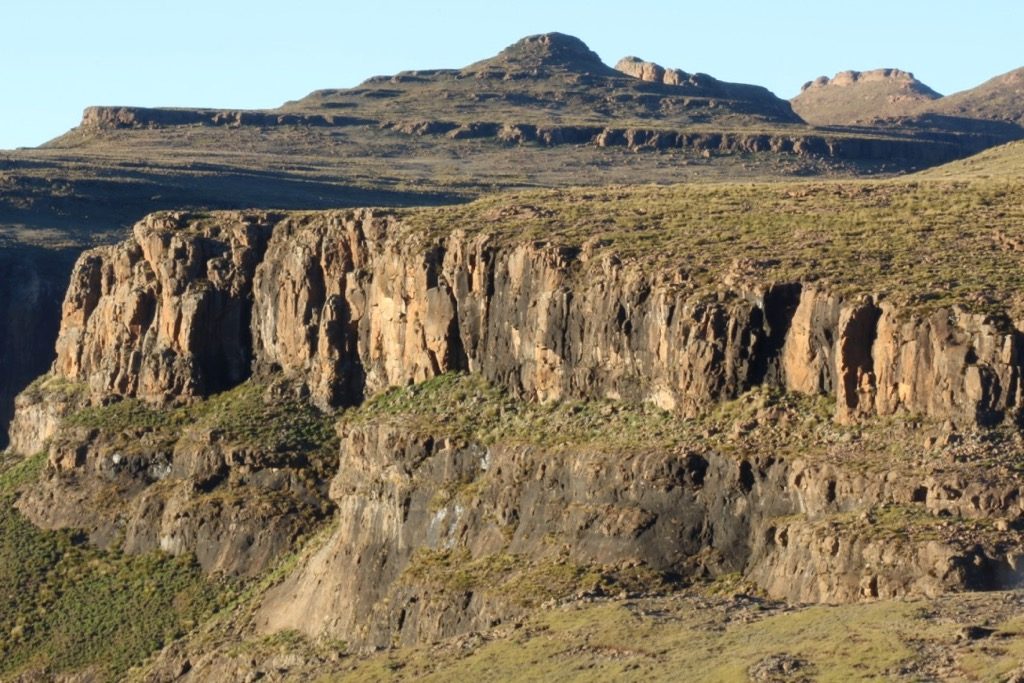