Long drive today past Ceduna, then to the Head of the Bight near Nullabor Roadhouse were we saw many whales. There were at least fifty we could see and they splashed and blew right in front of us at the bottom on the cliff.
We had booked into a motel unit at Border village so pushed on into dusk to get there. 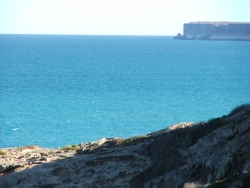 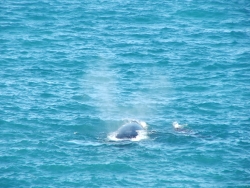 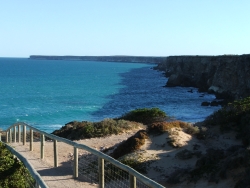 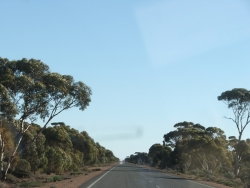 We had wanted to have some shorter days with not so much time in the car but Dad found leaflets about the Fraser Range Station, so we booked in from Caiguna roadhouse and set off, arriving just before dark. It is half way between Balladonia and Norseman. We stayed in nice rooms that used to be the shearers quarters and used the big kitchen. 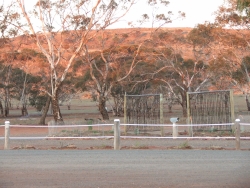 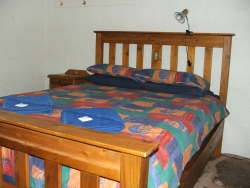 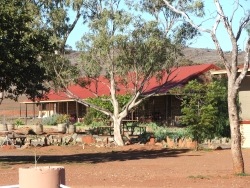 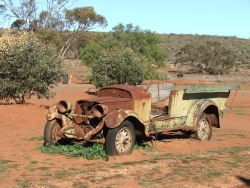 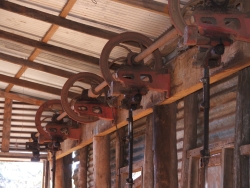 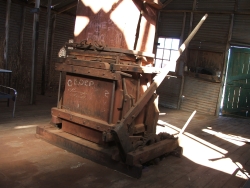 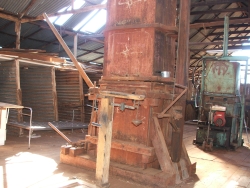 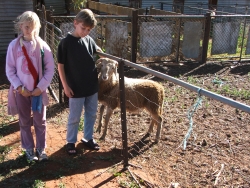 Shorter travelling day at last. Bought bread in Norseman. Took a picture of Cassidy in front of her shop, then drove west along the new road to Hyden. Great road, NO corrugations but a few potholes.
Stopped off at a rock and walked all over it, learning about rocks and weathering and the forces of nature.
The lady at the Norseman information centre had recommended camping at the Breakaways campsite which we found to be a lovely spot off the road in a secret hideaway with colourful rocks.
Cassidy cooked tea and we had rain developing overnight. 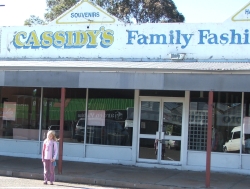 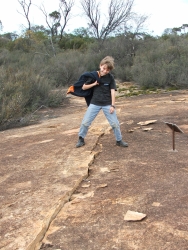 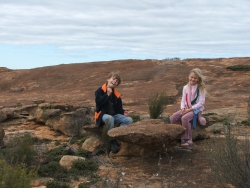 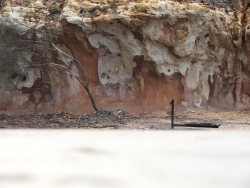 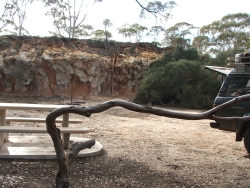 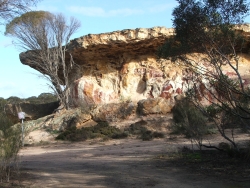 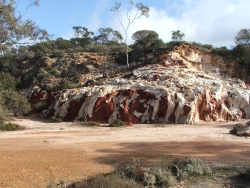 Rained a little overnight but tent was dry enough to roll up.
We were still on the Granite Discovery trail and stopped off at a few special sites along way that had interesting information about the changing landscape.
Found Wave Rock and a dog that had found an echidna. 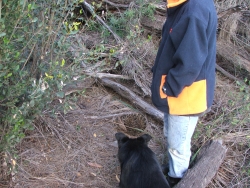 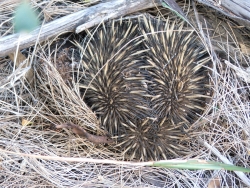 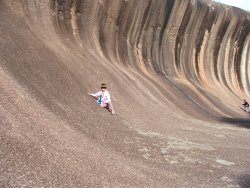 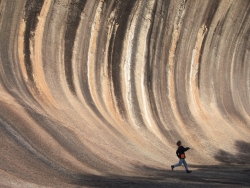 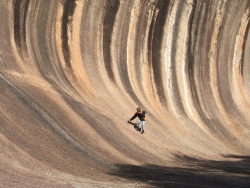 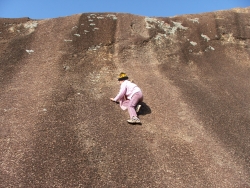 Drove home through lovely green farmland in the wheatbelt. We were very excited to arrive at last.