The clouds built up overnight and rain was forecast for the day. It was Mum’s birthday today and Dad found two young German men to sing Happy Birthday with us. They had broken down and we towed them back north 20kms to Kulgera. 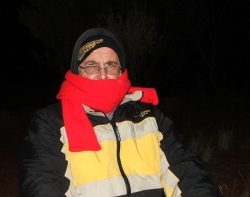 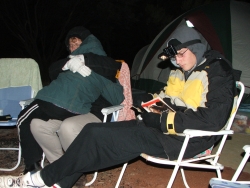 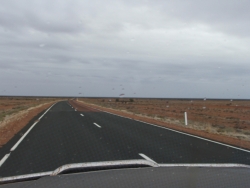 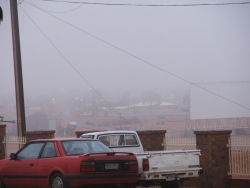 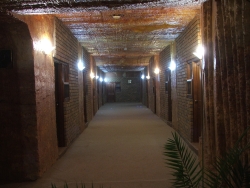 We drove south in the drizzling rain to Coober Pedy which was a miserable place in the rain – probably in the dry too.
We stayed in an underground motel which was very warm and different. It stayed wet outside and we knew we’d made the right decision to not try to get to Mt Dare in the Simpson Desert.

With more rain forecast it became much less likely we would be able to get into the Simpson Desert.
We drove south along the Stuart Highway and we had fun driving through the mud into Rainbow Valley.
We camped right on the border between South Australia and the Northern Territory, disappointed we had missed on the biggest part of our adventure.
Cassidy was looking forward to going to the Lambert Centre – the very middle of Australia. 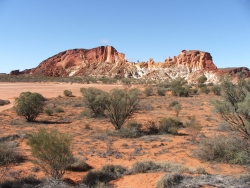 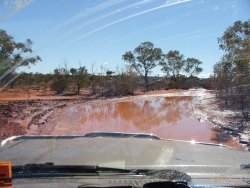 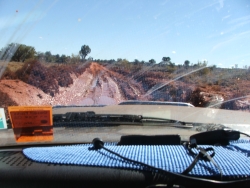 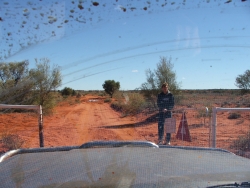 Today it kept raining most of the day, so we relaxed in our cabin and did some shopping.
We walked to the School of the Air which was a very different way of going to school than we are used to. We bought a book for them so the isolated children would get better reading books.
Dad found out a lot of the roads towards the Simpson Desert were closed because of the rain and we may need to change our plans.

The Camel Cup was on today, so we rugged up in our warm jackets and went to the Showgrounds. There were lots of stalls selling things and it was very relaxed atmosphere.
Eventually the Camels started racing. In the first race, a rider was tossed off and had to walk the rest of the way.
Another camel decided racing was too hard, so just sat down on the track. It was very funny. 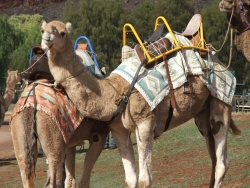 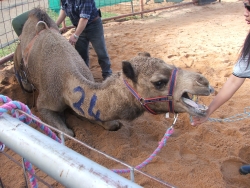 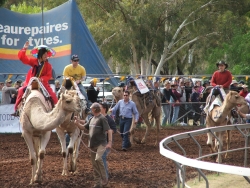 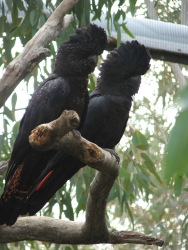 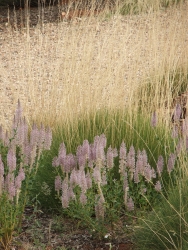 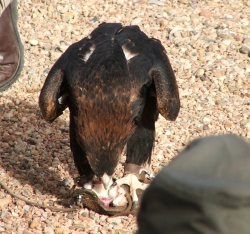 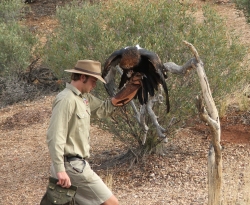 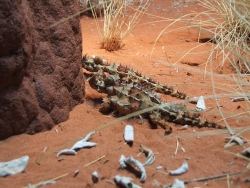 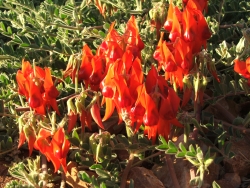 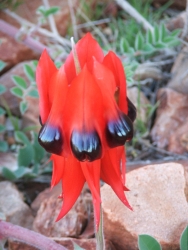 In the afternoon we toured the Desert Park which taught us a lot about the environments around Central Australia and all the animals that live there.

We saw some birds of prey that came very close to us.

We opened the tent in the morning to a very different place than the night before. It was wet. Very wet, with puddles all around us. We packed up and had breakfast inside the tent and 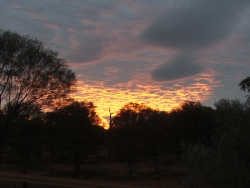 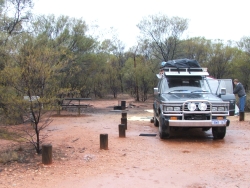 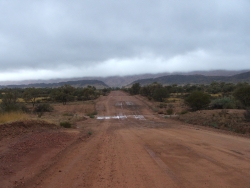 between showers of rain.
Dad drove very carefully along the muddy tracks in the rain, sometimes having to go through deep puddles that showered red mud right over the car and blocked out the windscreen until the wipers cleared it. It was exciting. Some cars were not using their 4WD and were sliding all over the place and cutting up the road.
Instead of a nice drive alongside the McDonell Ranges with frequent stop offs at famous gorges like Stanley Chasm, we just had to keep driving in the rain til we arrived at the oddly named Wintersun Caravan Park in Alice Springs. It was 7° at 2pm when we arrived.

Overnight was not as cold, and we didn’t realise it at the time but this indicated a change in the weather that would radically affect our trip.
We planned to travel the Mereenie Loop road which required a permit and was not recommended for caravans. It certainly was a rough road, but interesting as we passed ranges and features like Gosse’s Bluff where a meteorite hit the earth a long long time ago.

On a flat and desolate part of the track we came across two vehicles at the side of the road and were waved down by an adult. They were both towing camper trailers and there seemed to be heaps of kids everywhere, we think there might have been 4 in each car. One of the camper trailers was upside down and still partially attached to the 4WD towing it. A spring shackle had been broken by the pounding on the rough road and that caused the trailer to flip over. Dad says they were very lucky it wasn’t a heavier trailer otherwise it may have flipped the car as well. This time the tow hitch had twisted and was all mangled up which saved the car from flipping.

We arrived at Redbank Gorge in time to set up camp in the special camp area. Each site had a fire ring and sites were set well apart for privacy. In designated campsites there were always toilets, mostly smelly drop toilets, not nice flushing ones like at Docker River. This nice spot also had some river sand where we could pitch our tent, which was a good thing because there were nasty prickles around. We laid out our shadecloth on the ground each night so we kept the dirt out of the tent and prickles out of our feet.
We walked around 2km to the end of the gorge along the river bed and found the deep water hole and skimmed some stones. When we got back to the site we took pictures of the nice sunset – the clouds building up was leading to rain but the forecast was for showers developing tomorrow.
By midnight it was raining!
Cassidy heard dingo’s growling in the night.