The sea was rough overnight, but staying lying down was a good thing and I slept well. Harold, one of the crew, had other ideas and cut open a heavy steel ball they found, shaping it into an image of the Kinfish and used as a drinks bowl. Clever.

At some stage we passed 80° North latitude and I went up to the bridge to have a photo taken of the VKS737 cap showing the GPS position.

Overnight – ummm, during the hours one normally associates with night, we moved from the exposed waters into the calmer Hinlopen Strait that would become our home for the next week.

Morten woke us at 8:20am, both having slept much longer than expected, and after a quick breakfast of porridge and omelette, we arrived at the Alkefjellet Bird Cliff – map link.  These are safe places for the birds to nest as no foxes or bears can get to them. But the ledges are tiny and dreadful places to sit for long periods trying to incubate an egg or two. 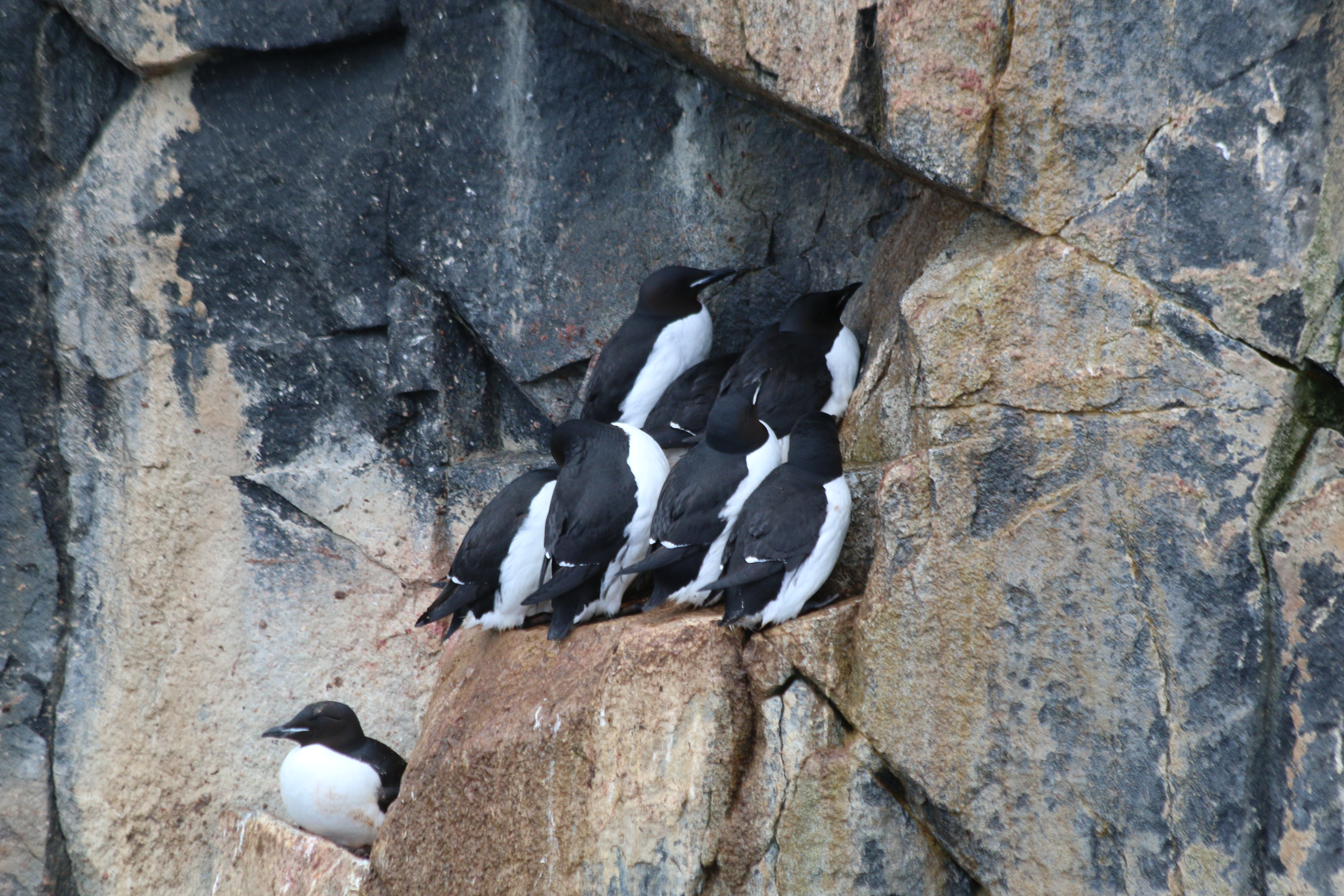 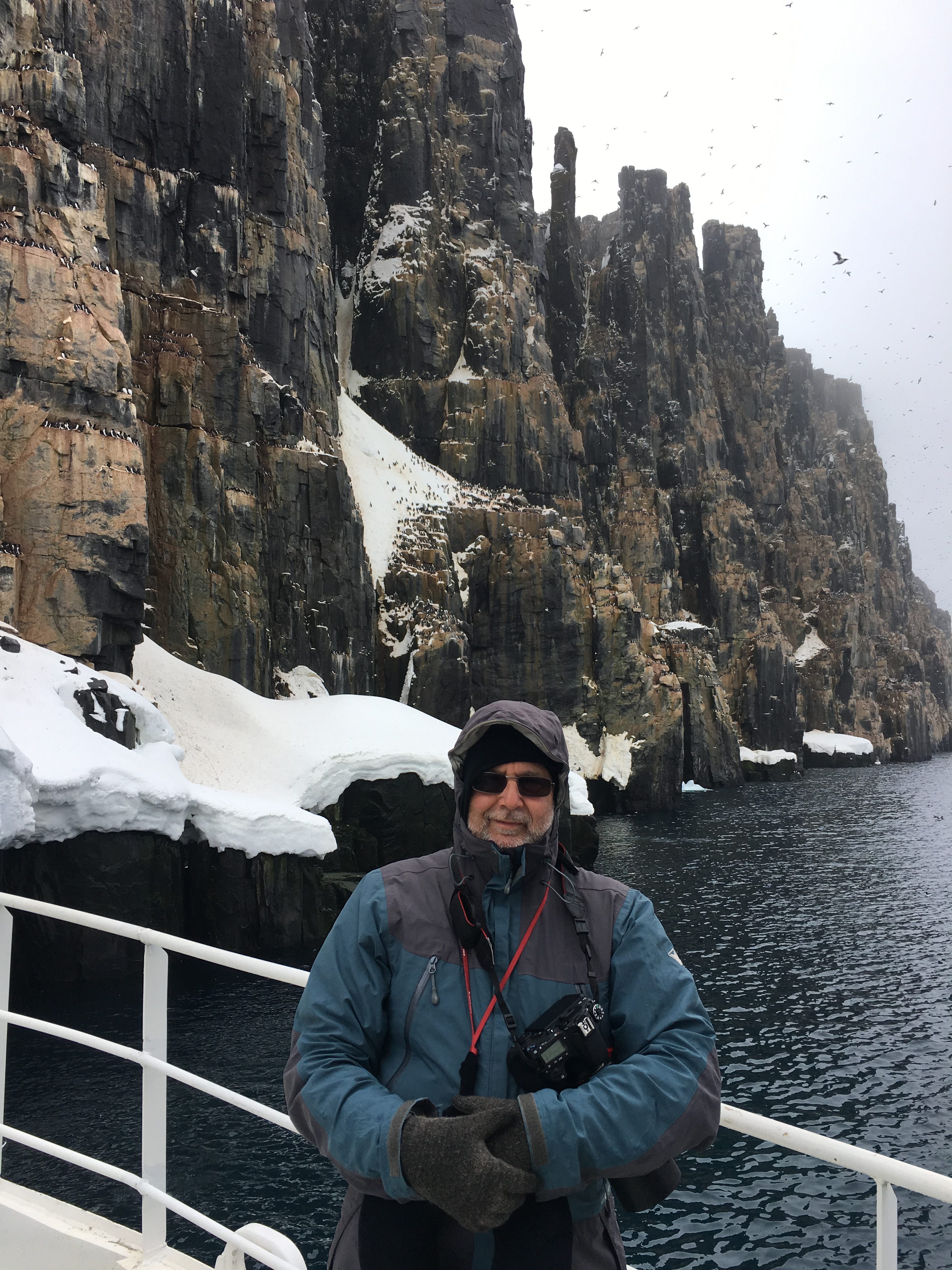 Apparently the young travel to Greenland, 1000km away before they are ready to fly. The mother flies away and leaves the raising of the chick to the father. Around 10th August the father lands on the water and calls the chick to come down. Amongst the thousands of birds here, they seem to know which is which. The chick semi falls into the ocean, maybe gliding a bit, and the father swims to it before heading of across the ocean to Greenland. Here, hunters shoot them for food, so the numbers are dropping.

It was around 1°C outside, so after we took our photos I came onto the bridge and sat for an hour or so talking with Captain Fred and the tour guides.