We left Ketchikan in the evening, and before not too long the wind started to pick up and affected the ship. A few shudders here and there, and an awkwardness when walking about.

The entertainment crew put on ‘The British Invasion’ which had some nice music and they   tried hard to be entertaining. We’ve had three nights out in four days now – some kind of cultural record I’m sure.

The talk of the tables at breakfast was how rough it was. Really??  Hardly any real movement in the ship. The captain told us there were force 7 winds overnight which is hard to believe but maybe we benefitted from being mid ships. The day started cloudy but soon that cleared and we left with a lovely sunny day to sail down the inside passage between Vancouver Island and the mainland.

Before we took shelter in the narrow channels it was great to have ship moving through the proper ocean swells, forging it’s way forward and leaving a neat wake behind.

Once in the channel, the marine life picked up. Kerry and I found a spot down the back of the boat in the sun, out of the wind and enjoyed the baitfish being chased by the birds, the hundreds of dolphins chasing the baitfish and whales now and again. 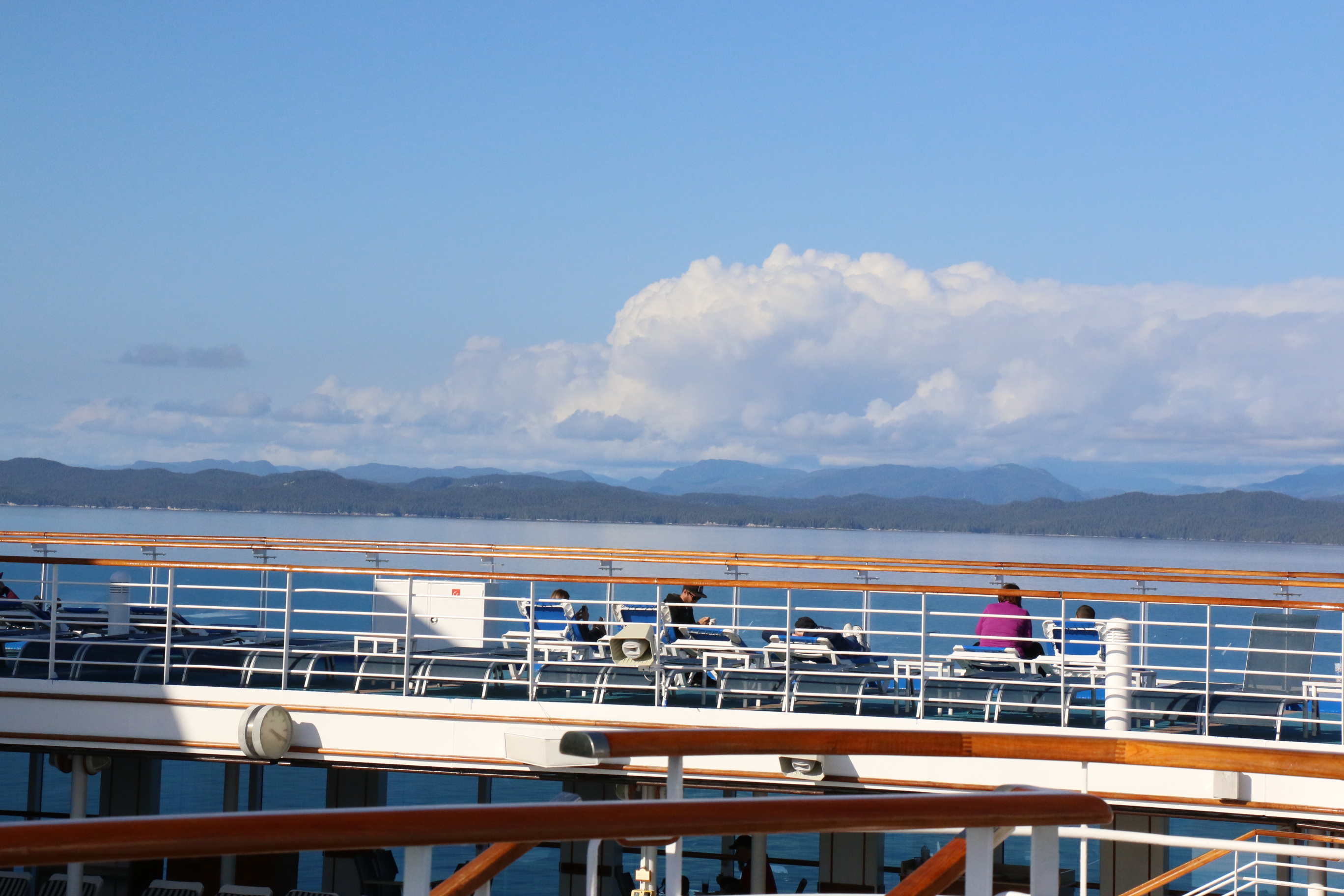 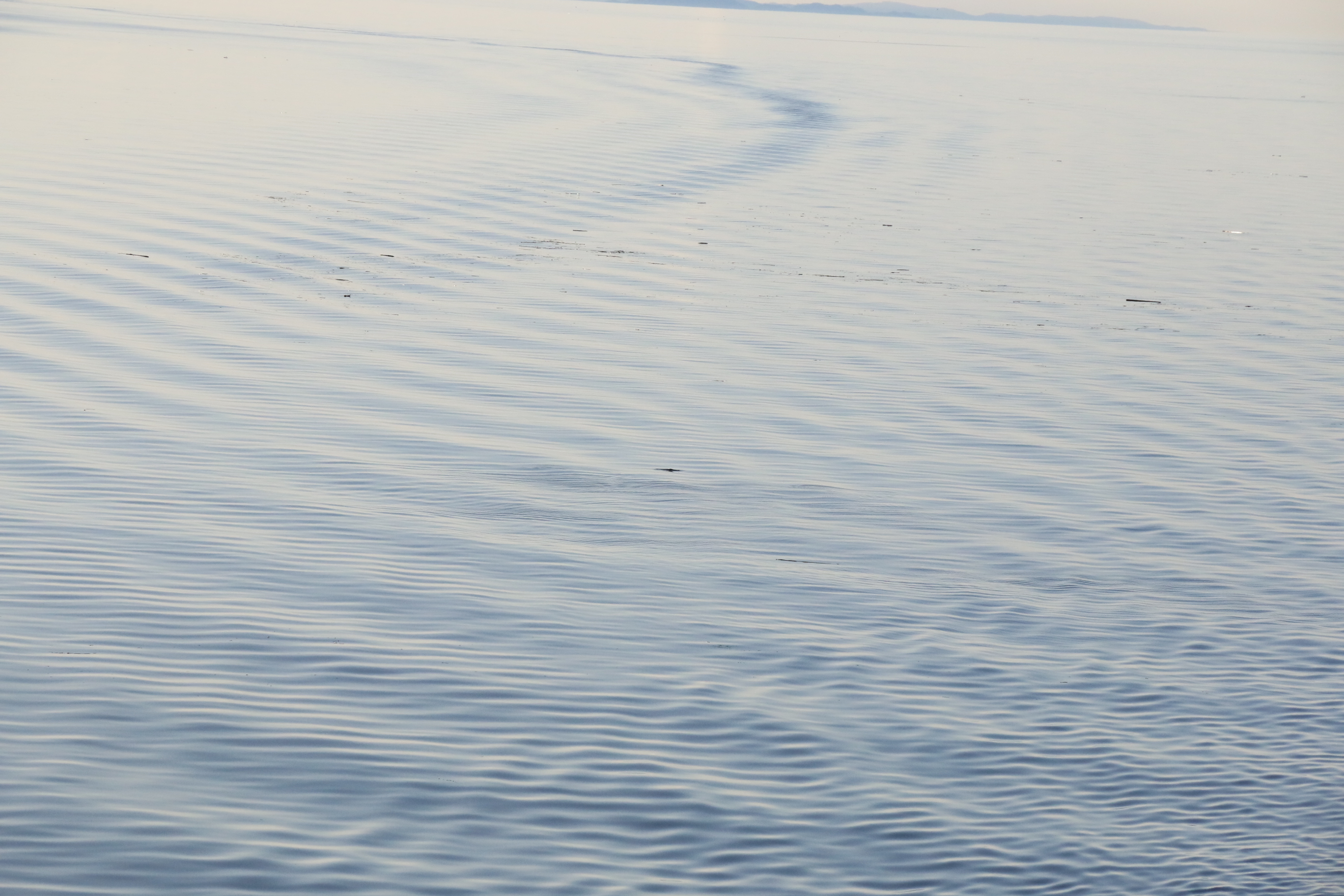 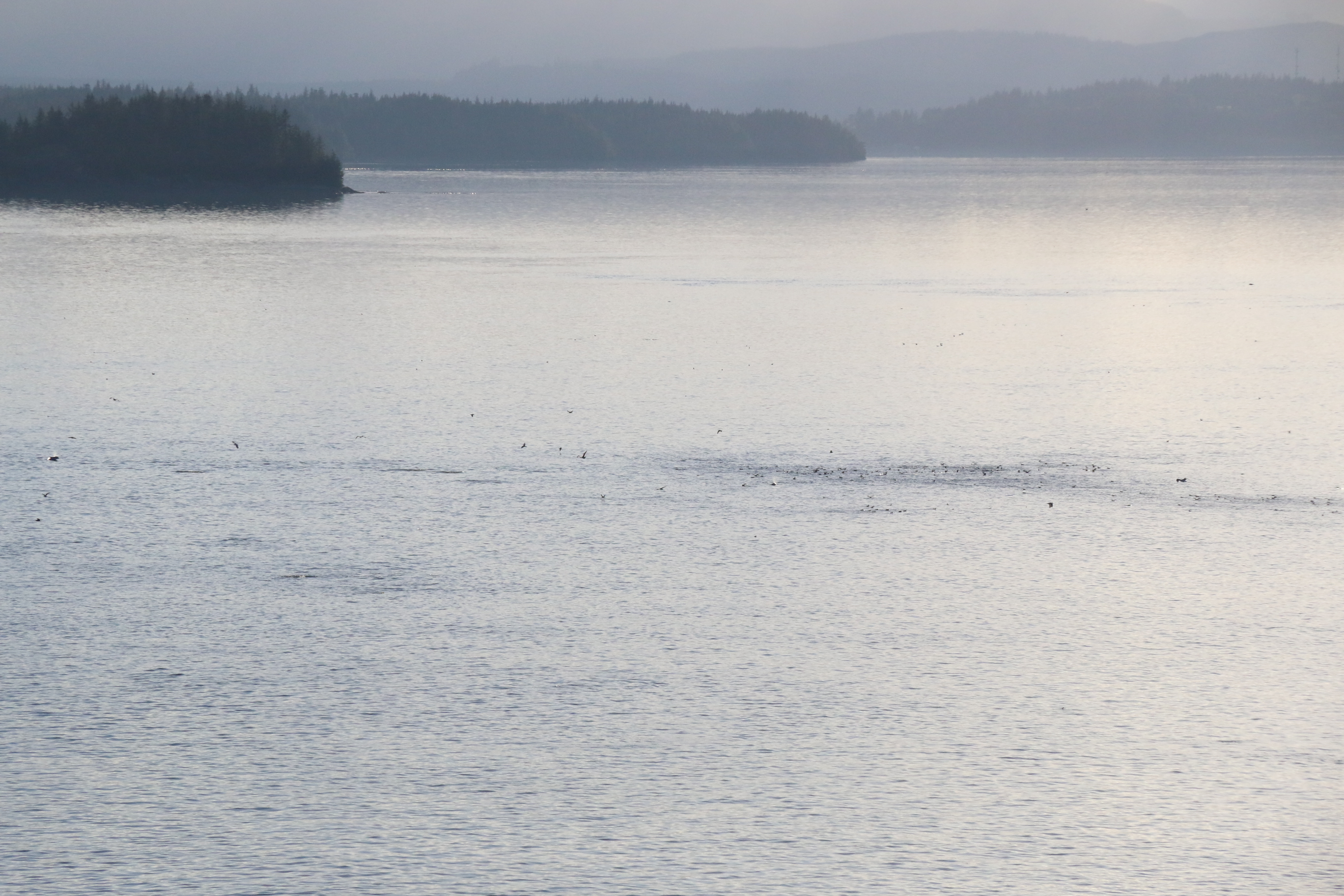 Some special shots of the dolphins jumping and the gorgeous autumnal lighting on the water and forest. 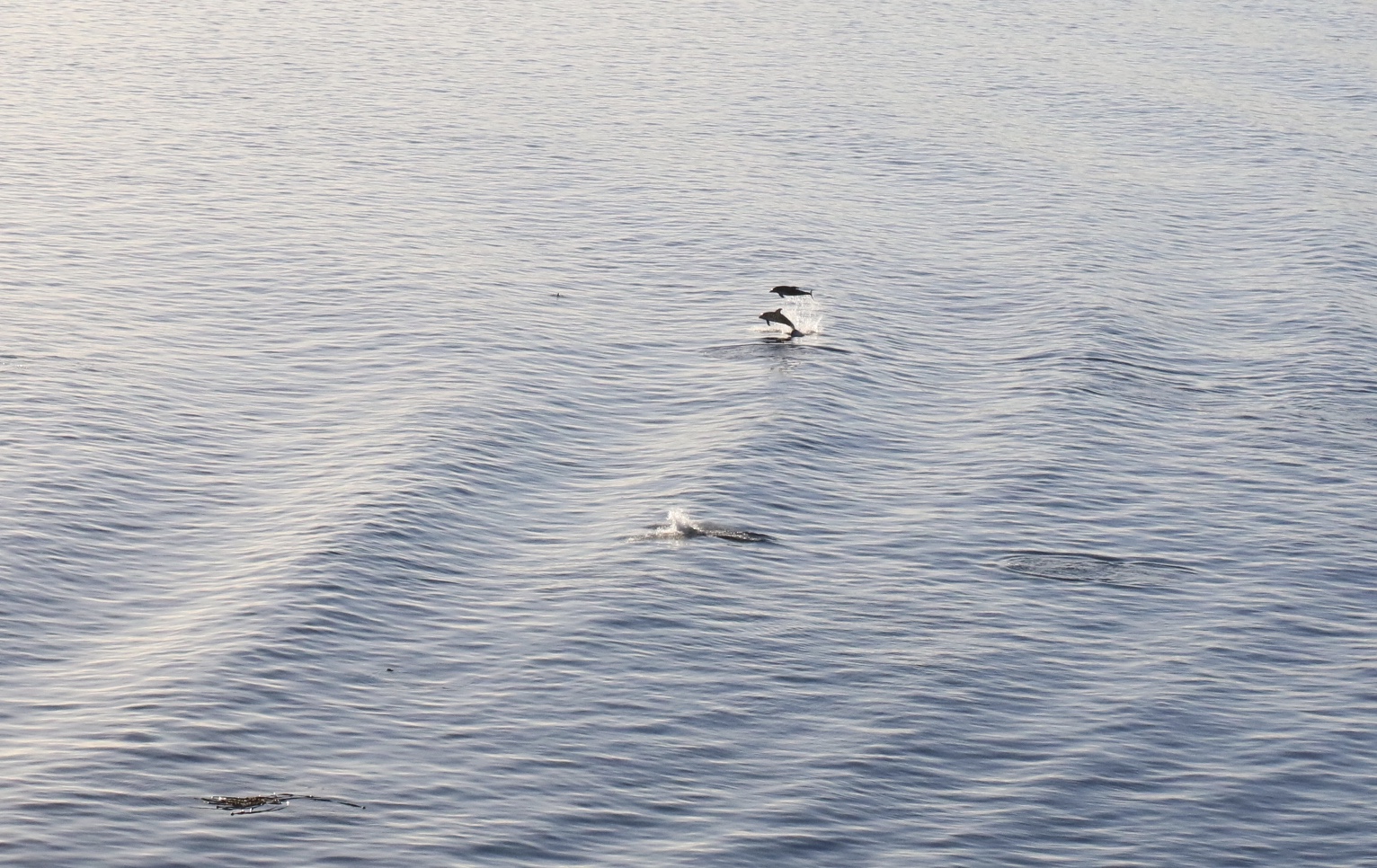 And then the humans came to capture what they could. 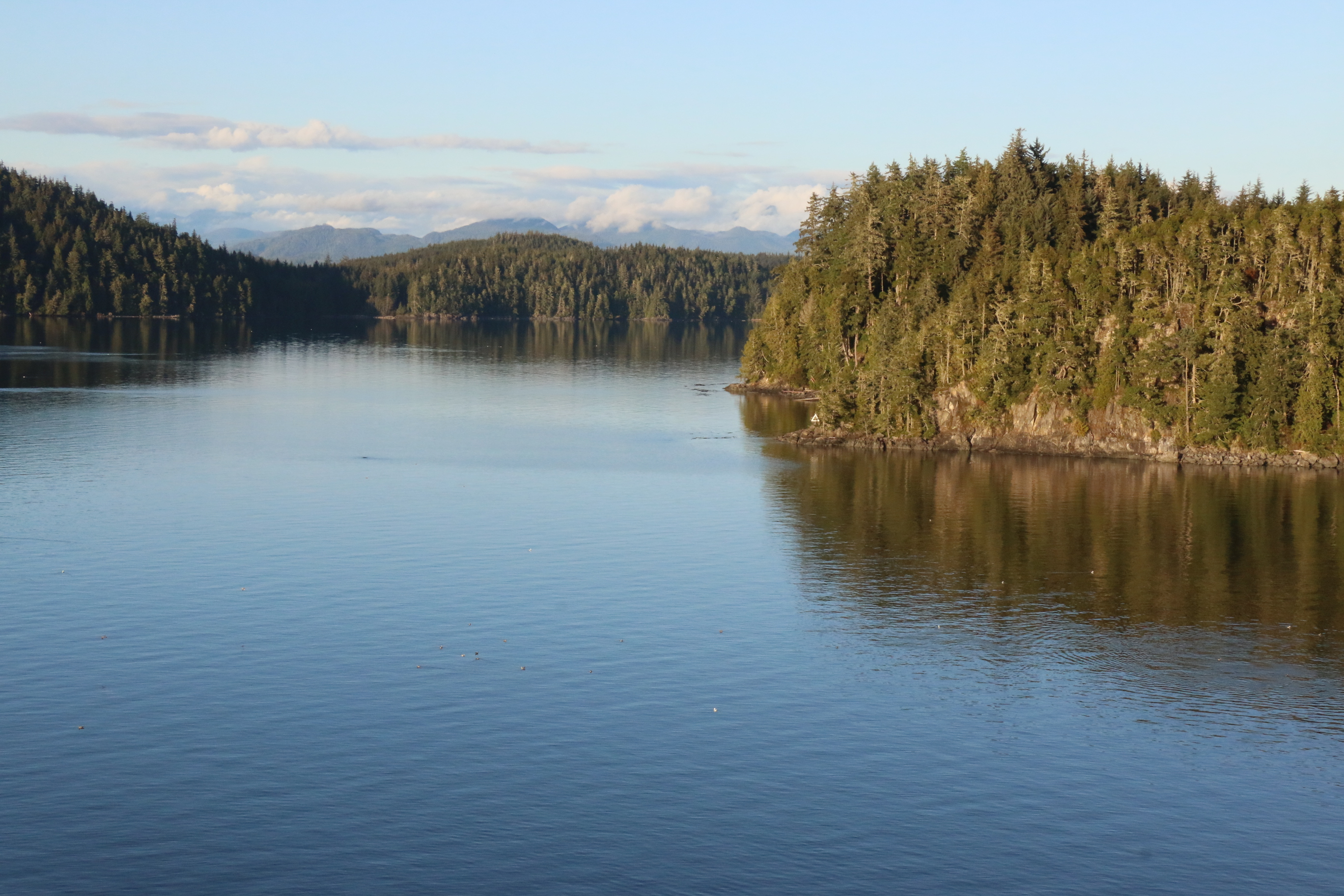 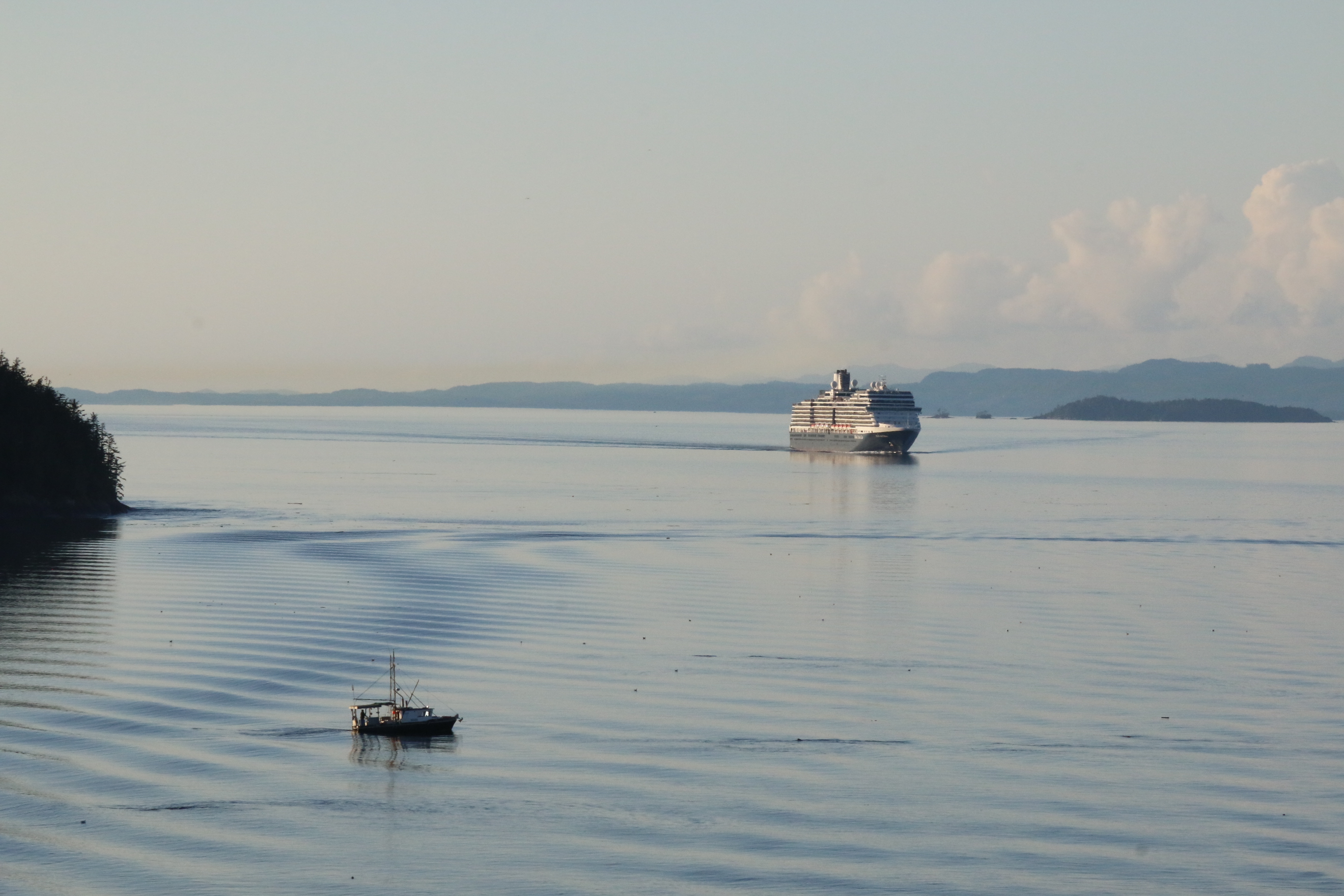 As a special treat we ate at a proper restaurant again so I could enjoy the free Salmon, and feeling rather bloated we packed up our stuff in preparation for a 6am rise tomorrow. Disembarkation scheduled for 7:35am for us who chose to carts our own luggage.