You might have been to Alaska before, or like us, you probably know someone that has been to Alaska. Well now you can add us to that list. Yay.

I understand this trip isn’t something out of ordinary like some of the previous trips I’ve shared. Many have come this way before, and you know, people live here, make their lives here, so this blog is more about giving a snapshot of what their lives are like, what their countryside is like – how their world works, and make the inevitable comparisons to the land down under.   I appreciate the feedback from readers as you join us from elsewhere, sharing the journey through the photos and stories. 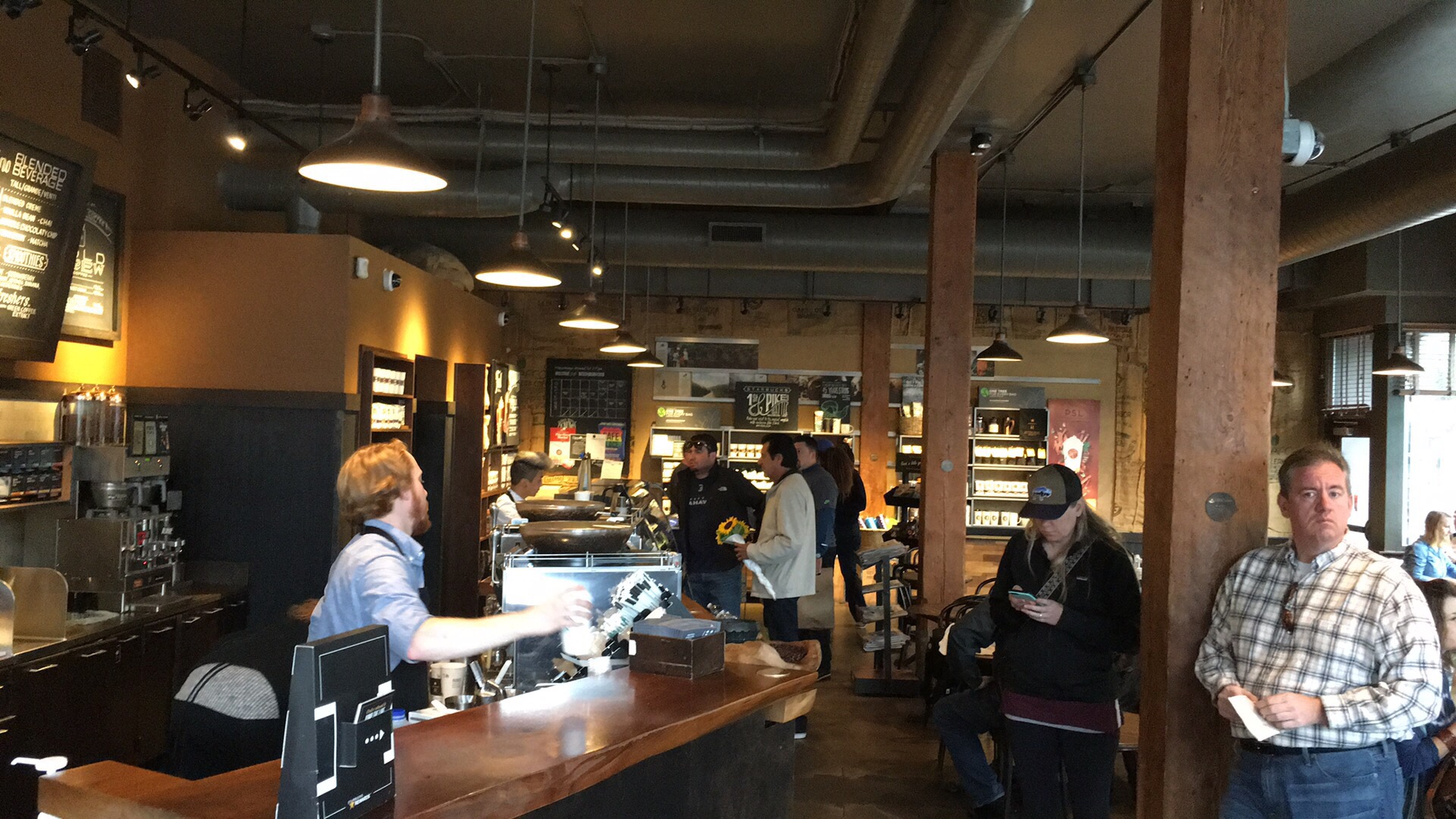 Now experts at the light rail after one trip, we completed the return journey back to the airport – $3 per ticket and half an hour to SeaTac -Seattle Tacoma International Airport. Bit of a walk from the station to the terminal, just follow the crowd. Found our way through the throngs, lined up at security, got sniffed by a working dog and eventually moved through by the team. Sensible instructions – “You are going to walk through a metal detector. It will pick up anything that is metal. It is best to not set it off, so remove anything metal before you go through” To the point, doesn’t leave much to misunderstand. The long queue moved smoothly, much better than incoming international.

Eventually, some 30 hours after we last ate a decent meal, food seemed enticing again. A wide array of food was available, Kerry settled on a Bagel and completed my order of something Chinese with a shearshear (Thank you in Mandarin) which always gets a giggled response.

Leaving Seattle we flew over Vancouver just up the coast a bit, and along the pretty coastline with lots of inlets and protected bays, then over snow covered mountains and glaciers that we’ll be seeing in a week or so. The plane was a Boeing 737-900 – nice Recaro leather seats and the staff said the plane was new. Boeing have a factory in Seattle and it’s kinda cool to think the plane we’re riding in was built just down the road from the airport.

We had a four hour flight, which by way of comparison is a cross country trip in the mother land – so this place IS big.   Plane was full and we sat down to a young woman with a baby. Turns out she has three older kids, was born in Arizona and moved to Alaska to raise her family. She made a comment about the ‘lower 48’ states being a too much for her. AND she had been to Australia, AND Europe and was all round quite a pleasant travel companion – even if the baby did cry a bit. They do that on planes.

We notice Passengers file out patiently front rows first; a nice touch I’ve only seen on FIFO sites where training teaches them it’s the most efficient way to clear the plane/bus.

Unfortunately the clouds came over and after we landed, down came the drizzle. Our trip to the dog sled lodge out of town, a planned highlight of the trip, was cancelled for tonight. We’ll have another go tomorrow night and I’m really hoping to be able to get there.  Sirius Dog Sledding are doing their best to help us out.

Princess Cruises handed out our envelopes with detailed instructions of what do to, when to do it, what labels needed to go onto each piece of baggage at every particular time of day. A well oiled process.

The lodge is a large motel, two or more stories and everything we need.

Dinner was hunted down in modern Alaskan style tour style. Several dining options in this large lodge. People sitting in the foyer in large lounges sipping brandy in front of the fire, but it was gas.   The relaxed pub was full and noisy. Restaurent next door had all the people who didn’t like noisy pubs. Suddenly gazing over the gathering of fellow tourists, we’ve realised we’ve moved into a time warp of some kind. Never mind, we do feel suddenly very young and healthy.  We ordered a hearty very tasty salmon and fish and chips, the first of many similar meals I’m guessing.

The lodge has several groups of Australian, easily identifiable by our accents. Some Queenslanders, Victorians. No one from WA has been found yet.

I asked the server for a lemon lime and bitters for Kerry. By the look on her face it was clear my accent and request was too complicated, so as we were leaving I wrote it down on a napkin for her to try out. She was quite chuffed, almost like we’ve given her an achievement award and made her night.

Then the bill came with space for tipping. Hmm, I understand this is the norm here, and we seriously do not want to offend so will our best to negotiate this odd system – but seriously, it just seems like a scheme to screw low paid workers from employers who are abrogating their responsibility to pay people a proper wage.  Australia’s concept of a living wage and minimum pay scale and not one based on tipping, not far removed from begging disguised by a uniform, wins hands down.

First thing on checking in at our budget Hotel Seattle, rickety lift, small room, shower in the bath – but all adequate – was to have a freshen up shower. Ahhh, nice. 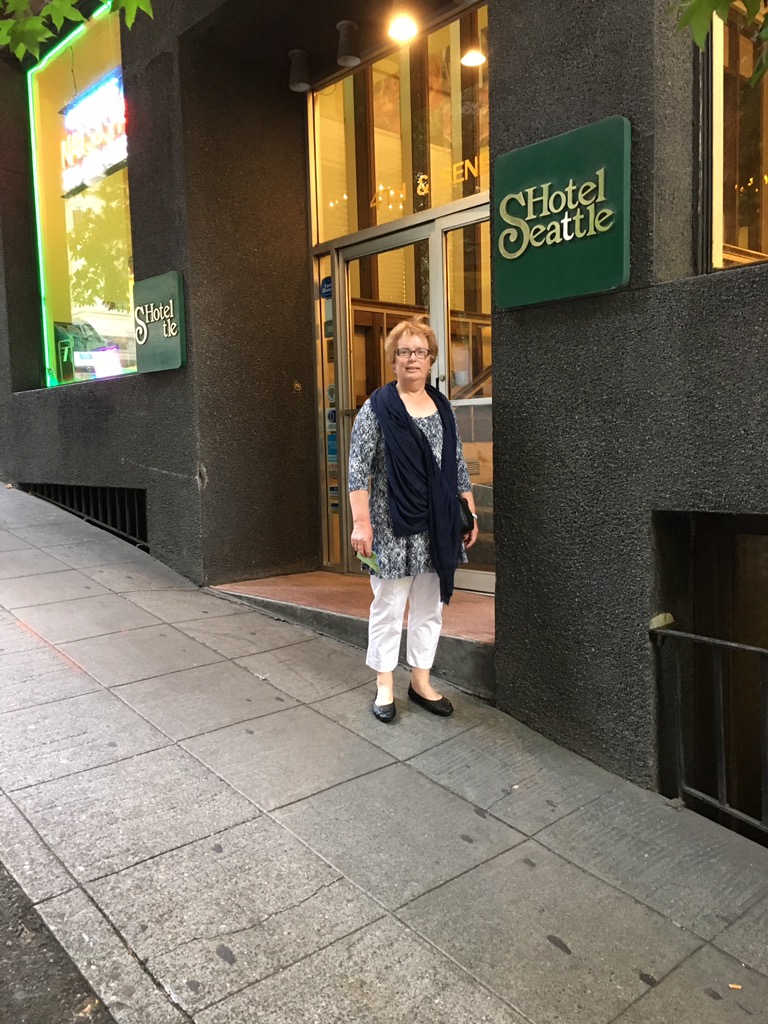 We headed off down the street, and down it was, it’s a hilly area, and found the famous sea side market area.

Lots of seafood shops, curiosity stores, a Ferris wheel and bright sunshine with freshish air that’s giving our lungs a change from the AC of the last many hours. 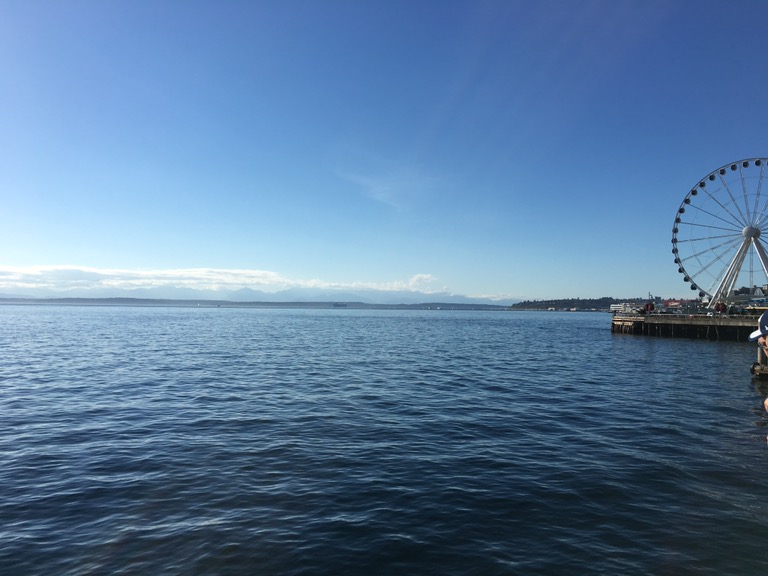 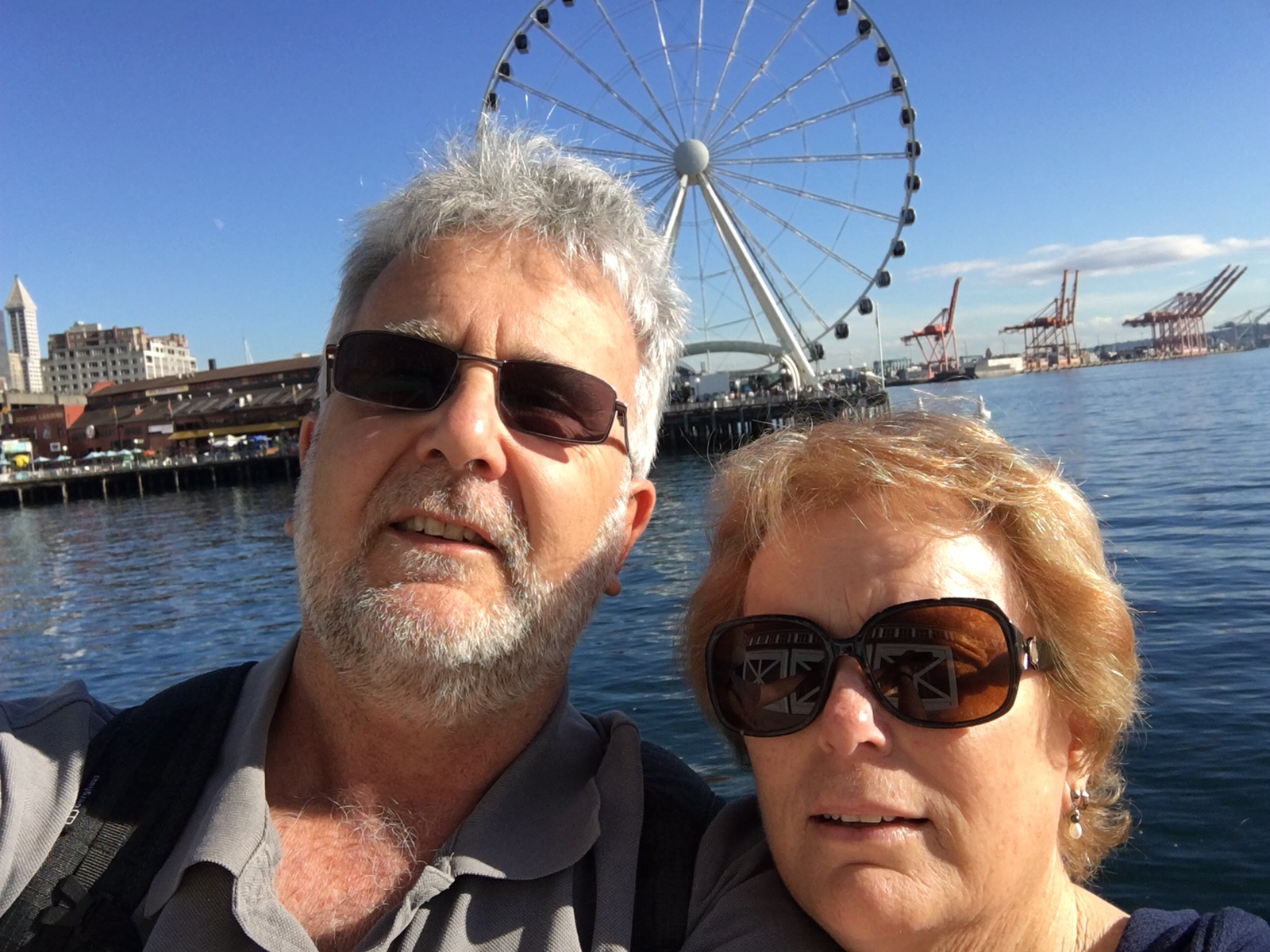 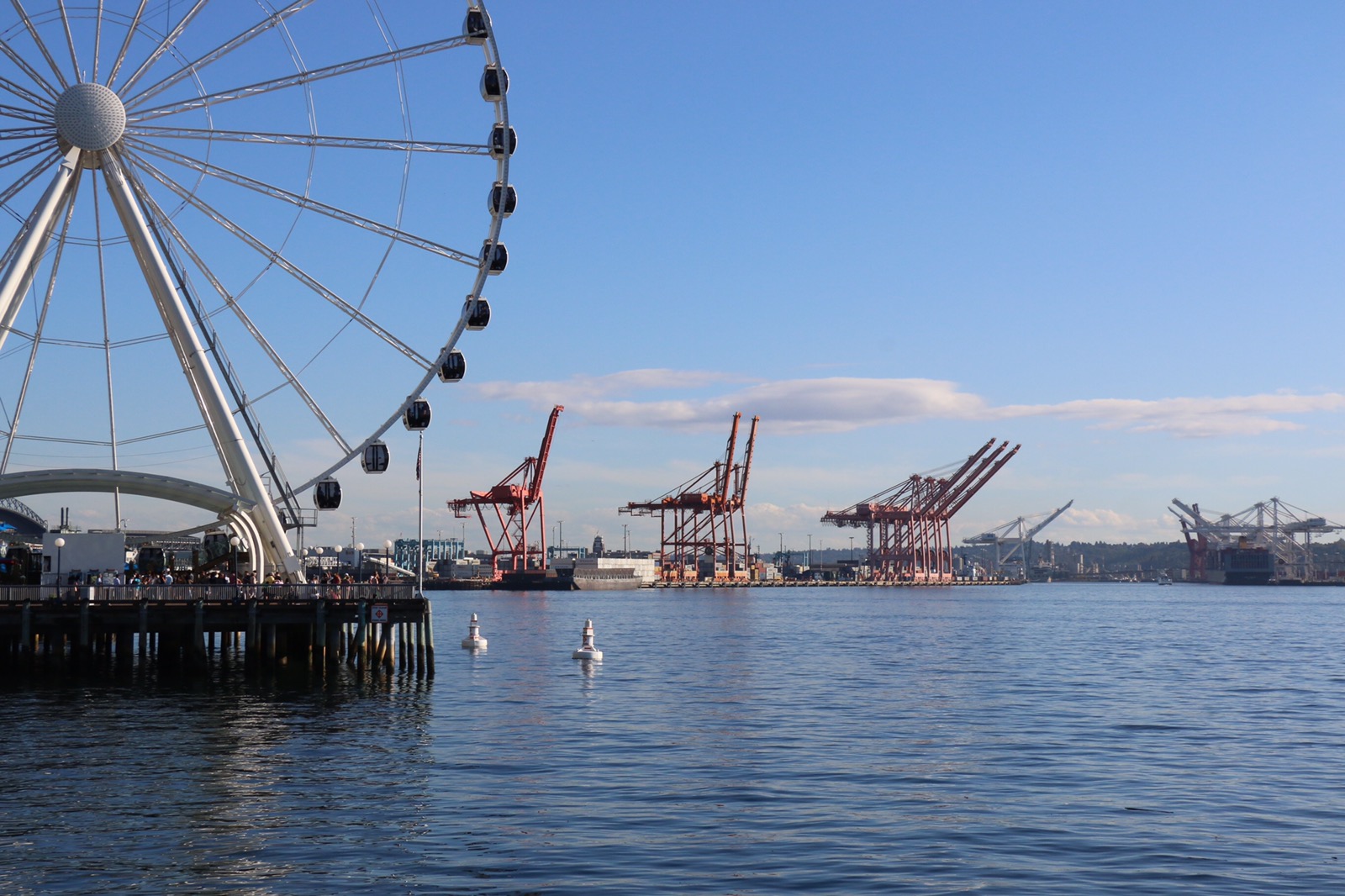 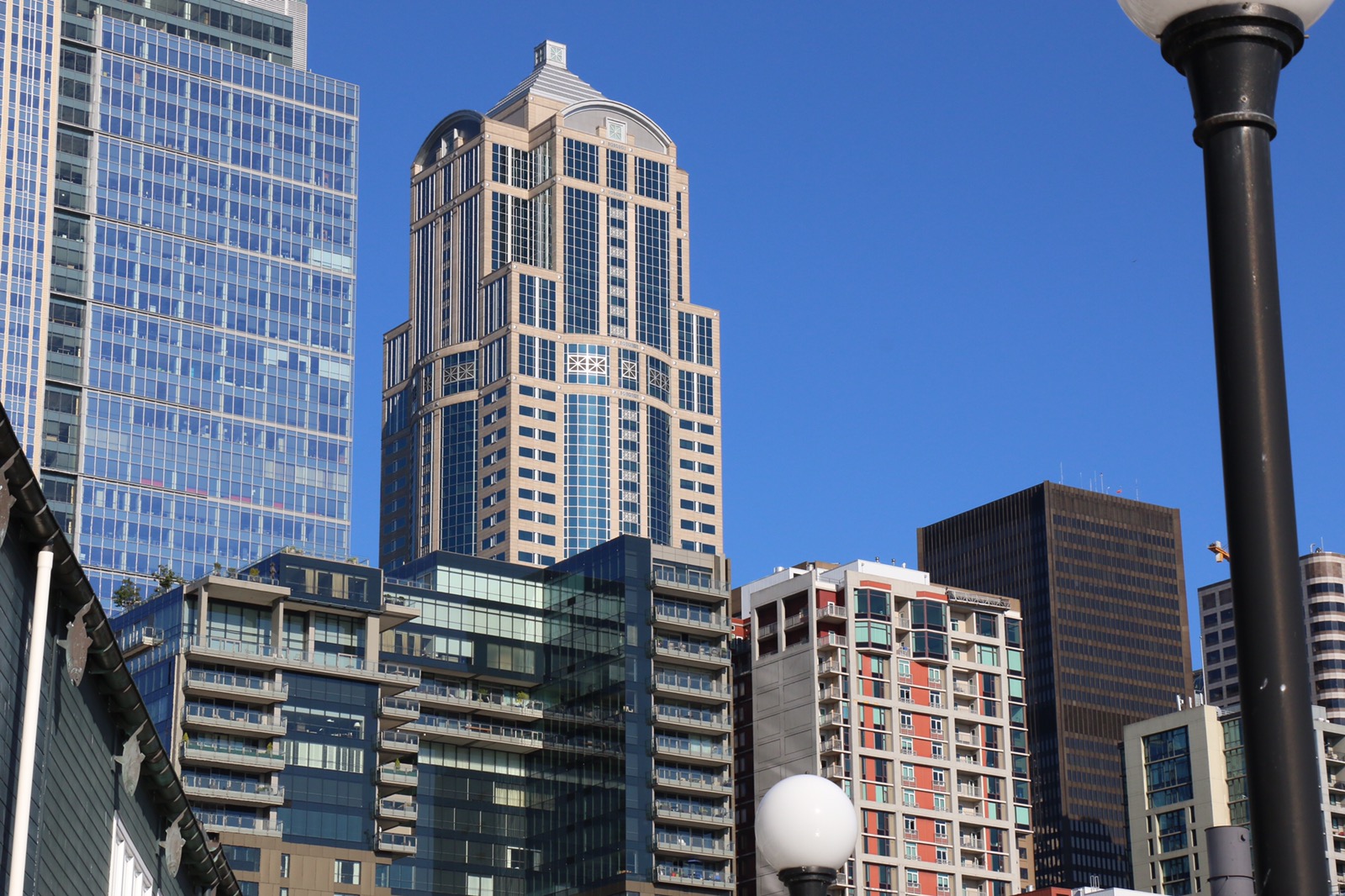 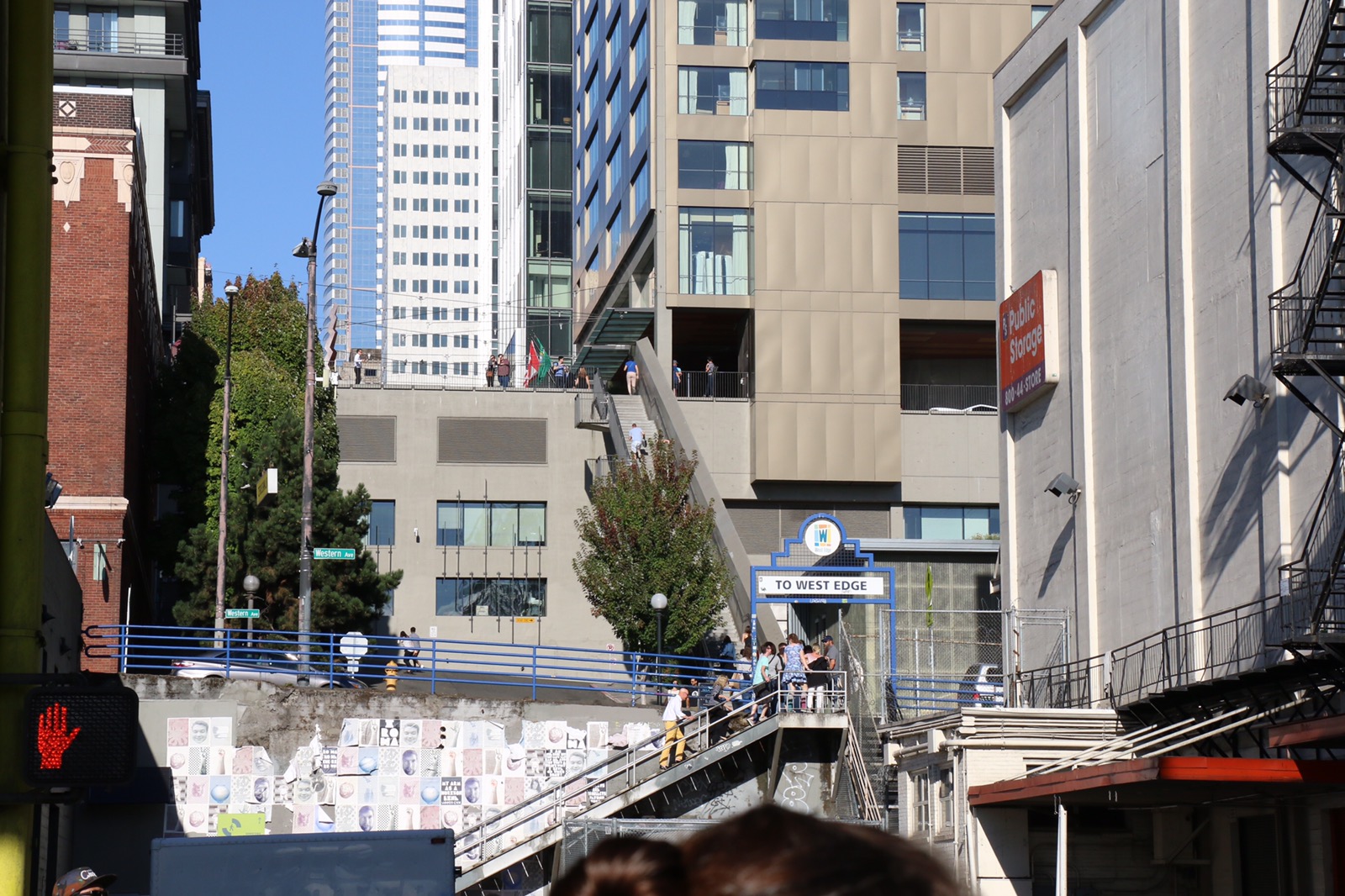 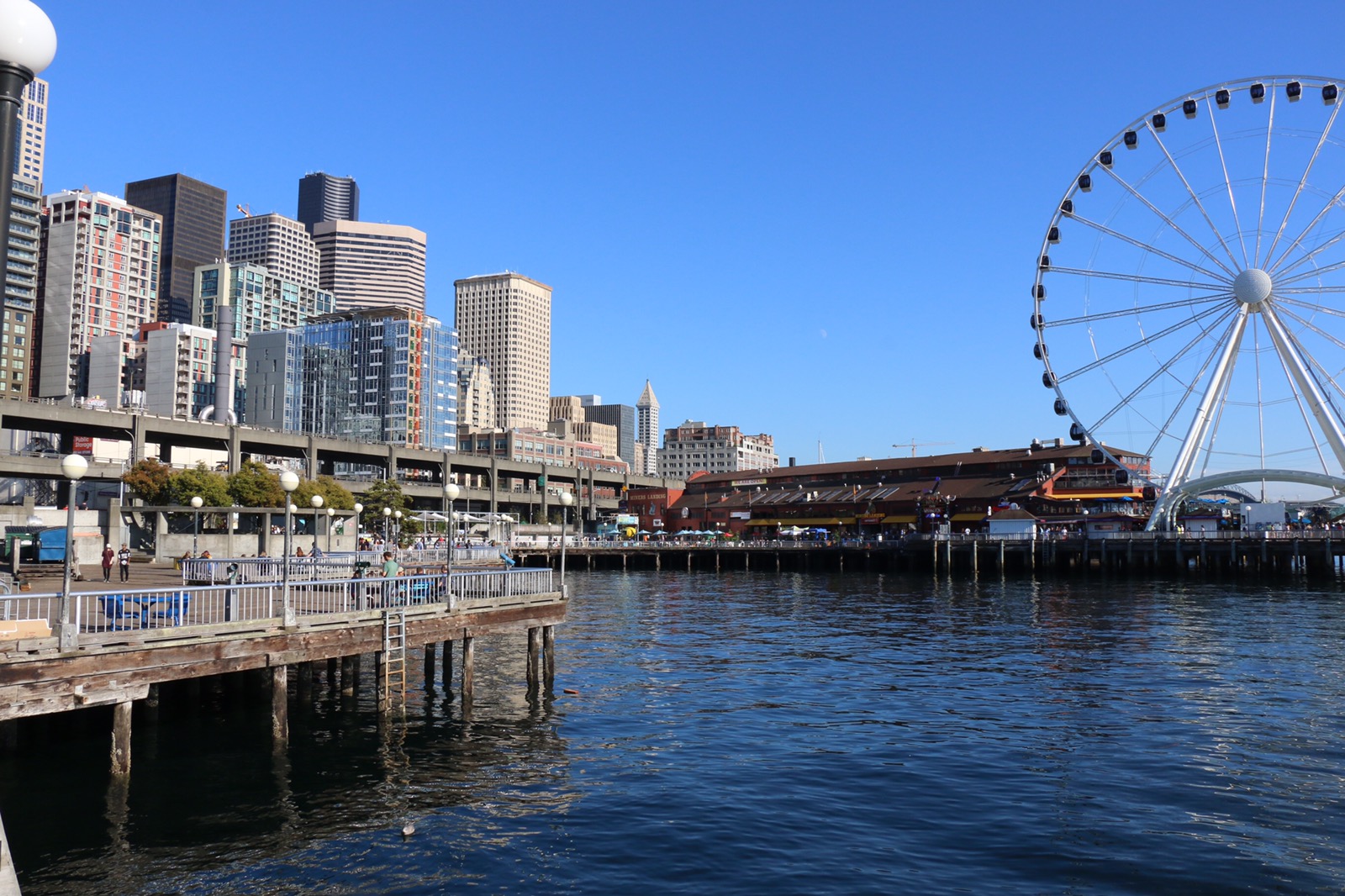 When I was at Post, we had a team building training session based on the the Pike Street fish shop, so I was keen to see this place. It’s in the middle of a vibrant ‘farmers’ market and I’m pleased to have found it. 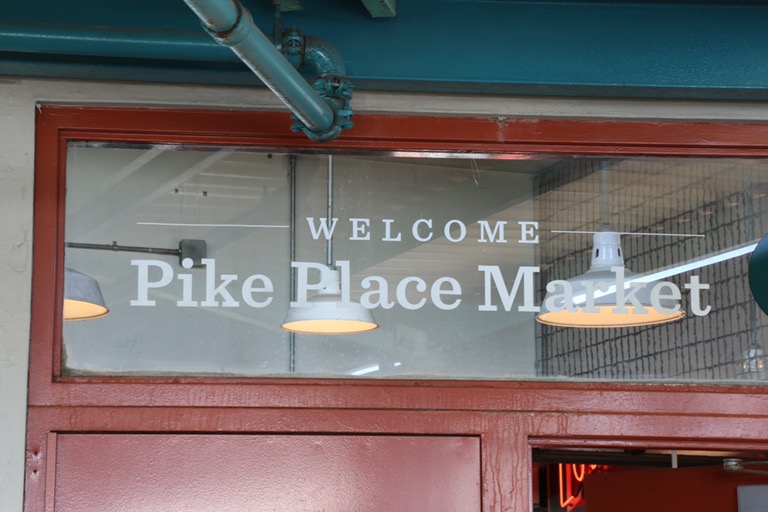 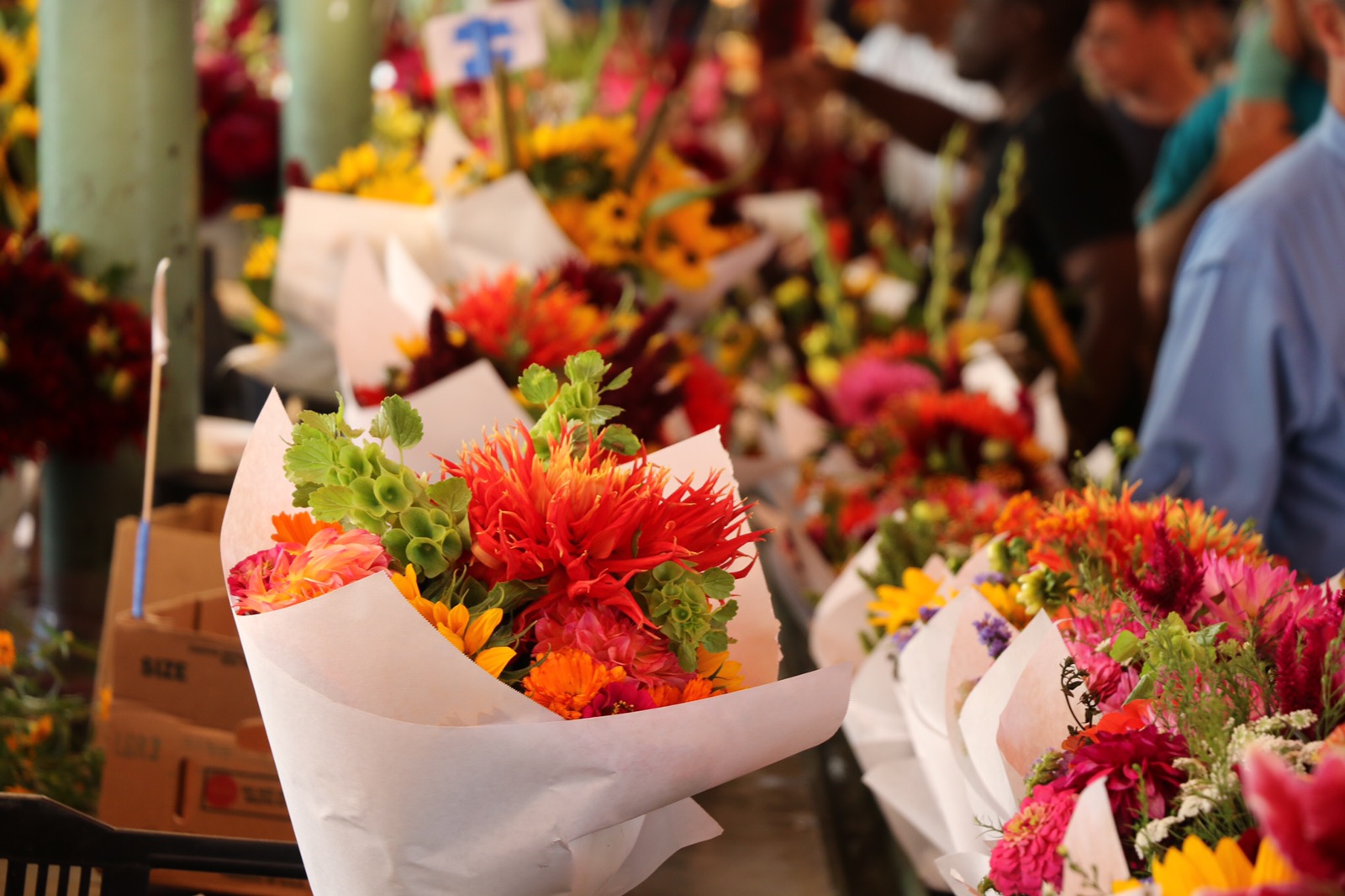 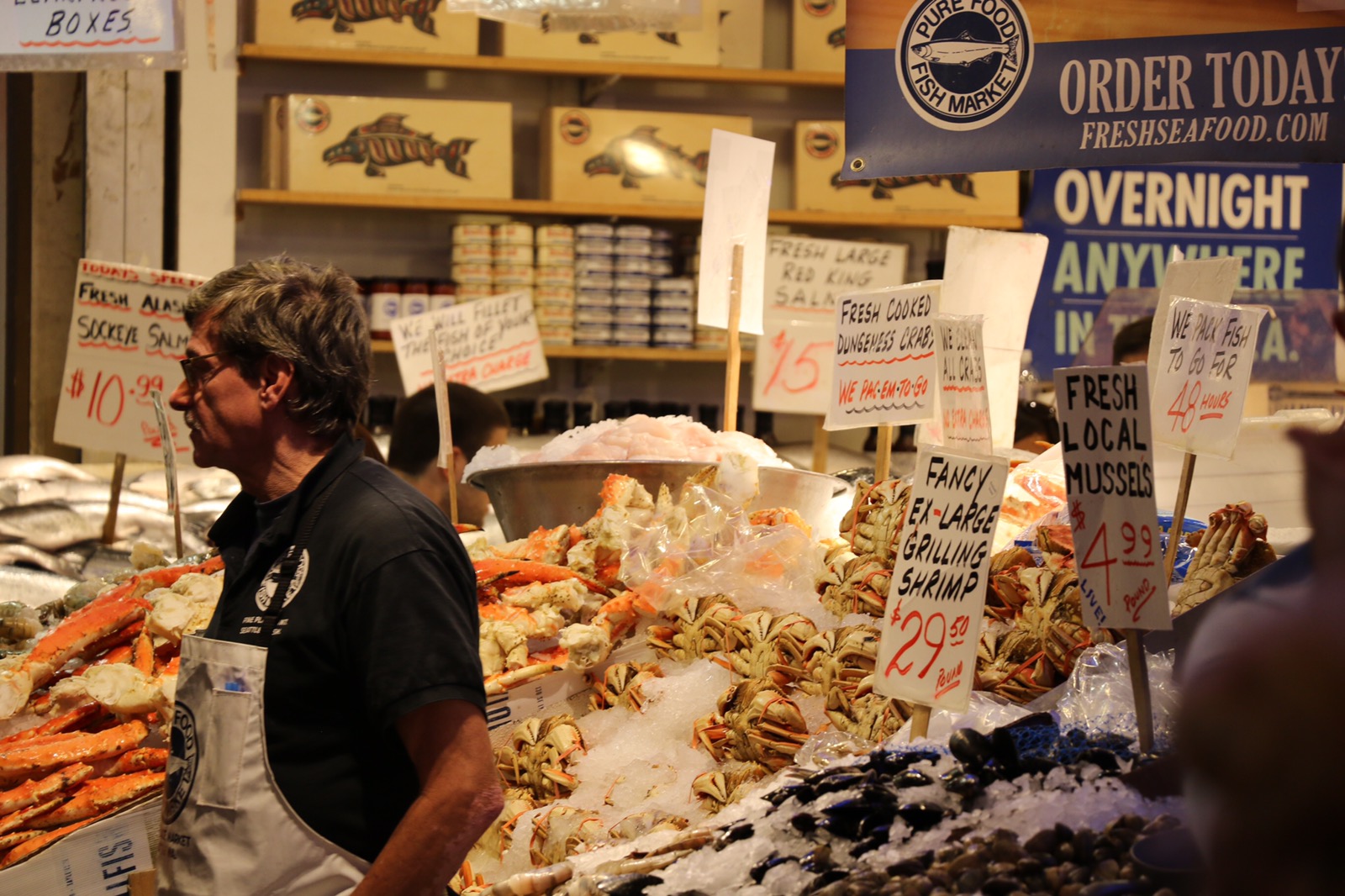 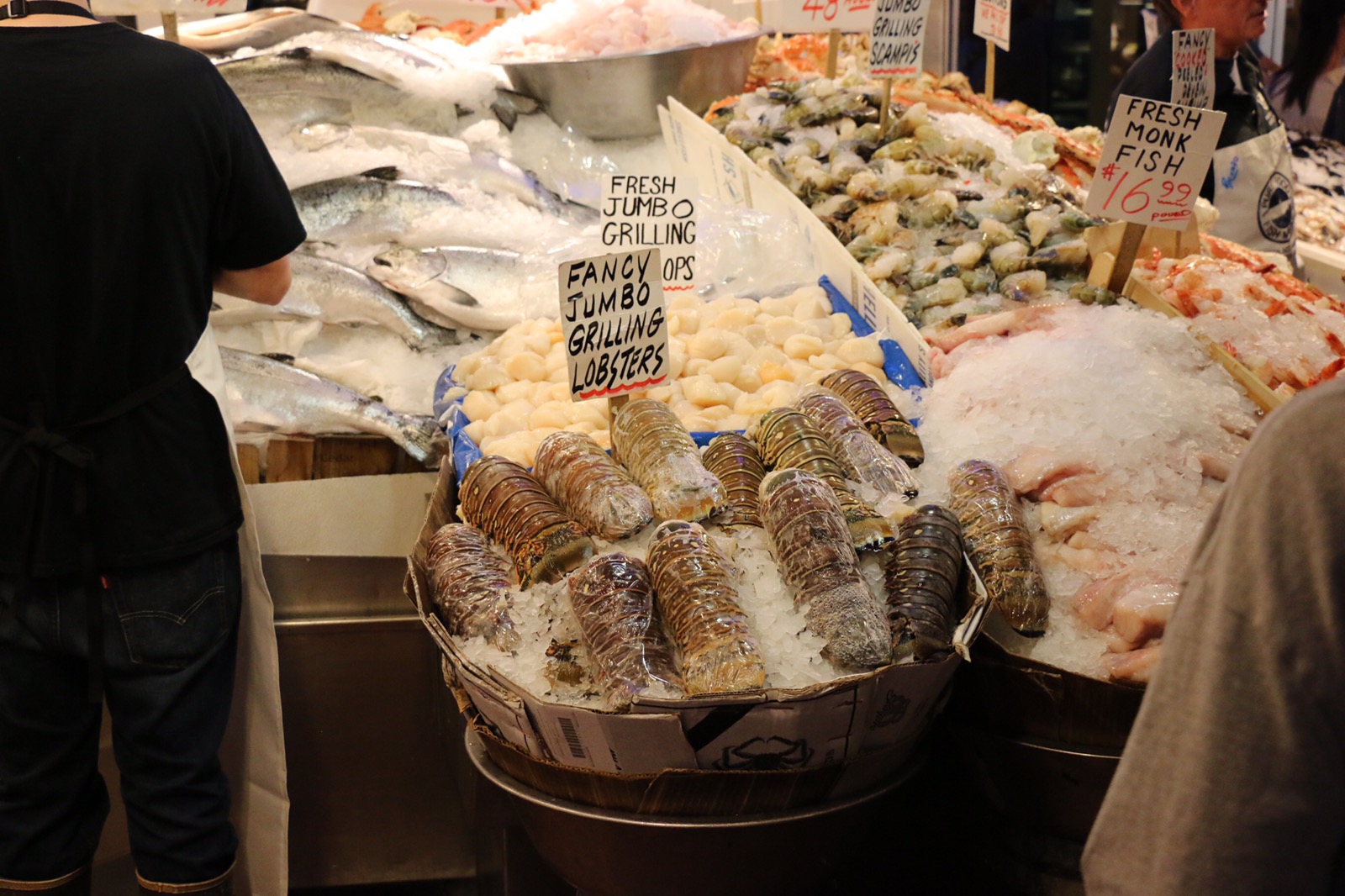 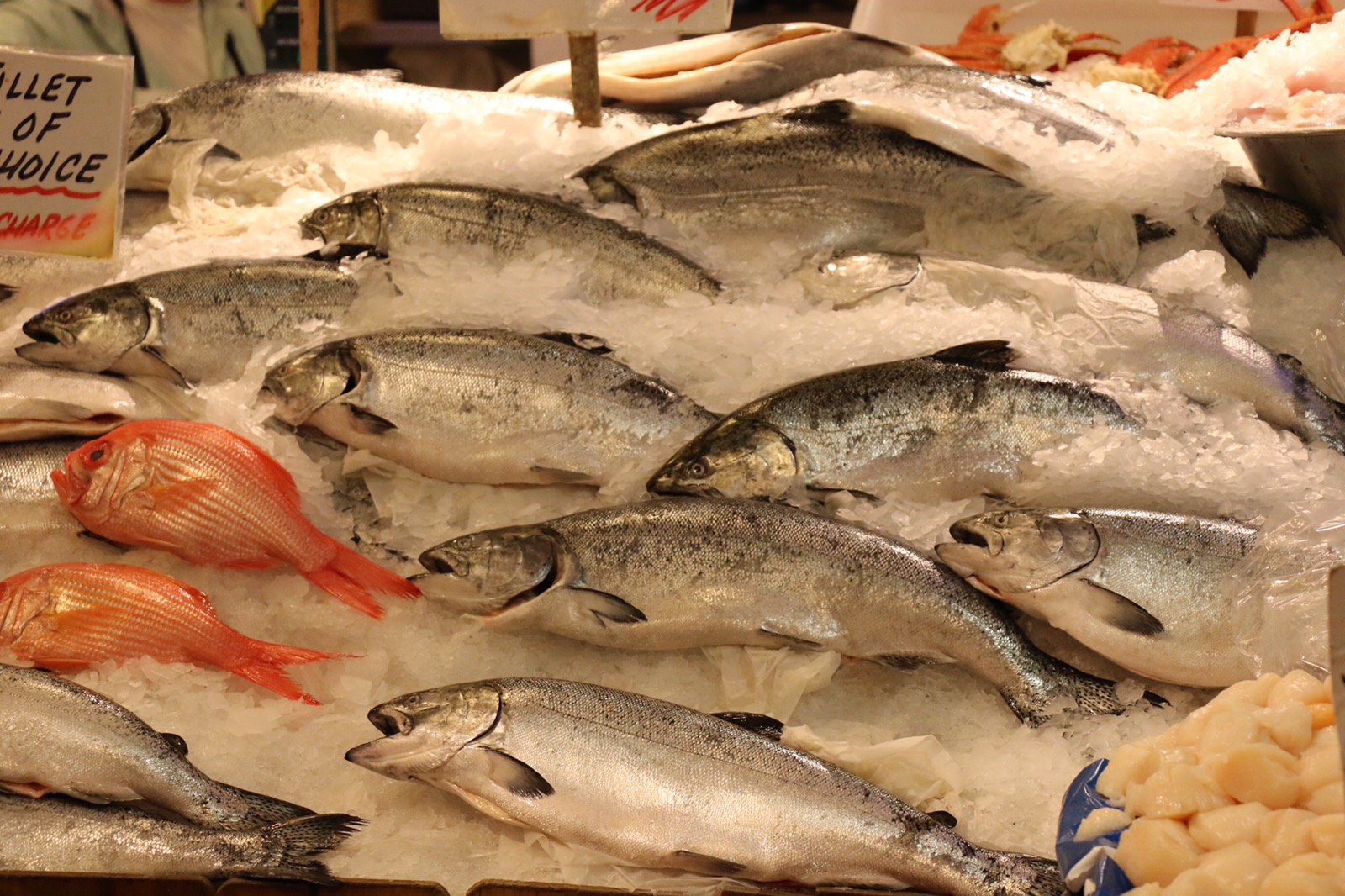 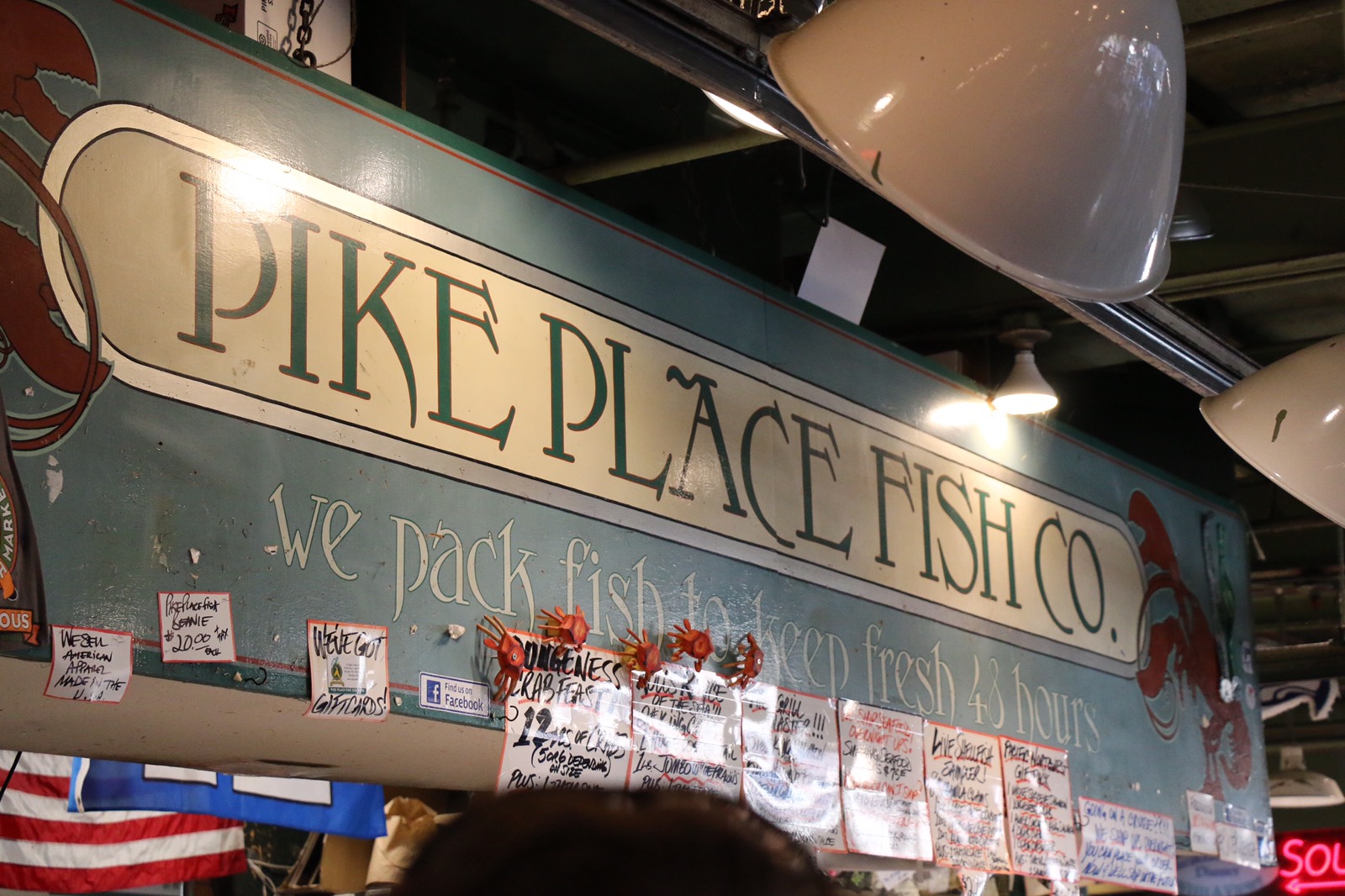 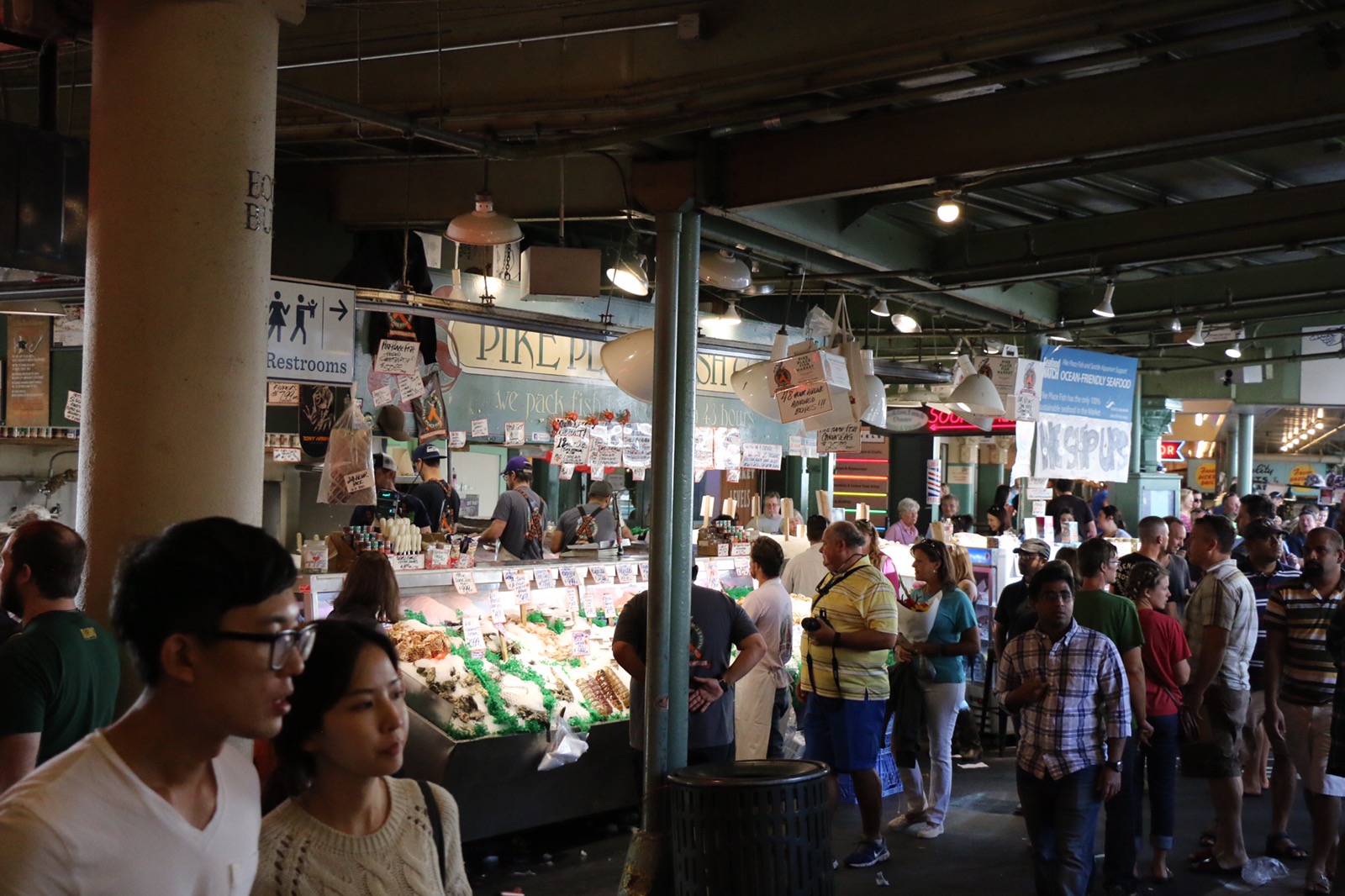