Early on, Brian suggested something that would just suit would come along and not to rush into buying something too quick.

Sigh, yes, he was right. The Red Cruiser is a fine machine and may still get to Mongolia and Paris.   However it has been superseded in our plans by a newer, by three years, model that has come with a whole lot of fruit that we were going to need to instal anyway and now get for free. Plus the body is pretty straight, the interior cleanable and it’s a good buy for what we need. 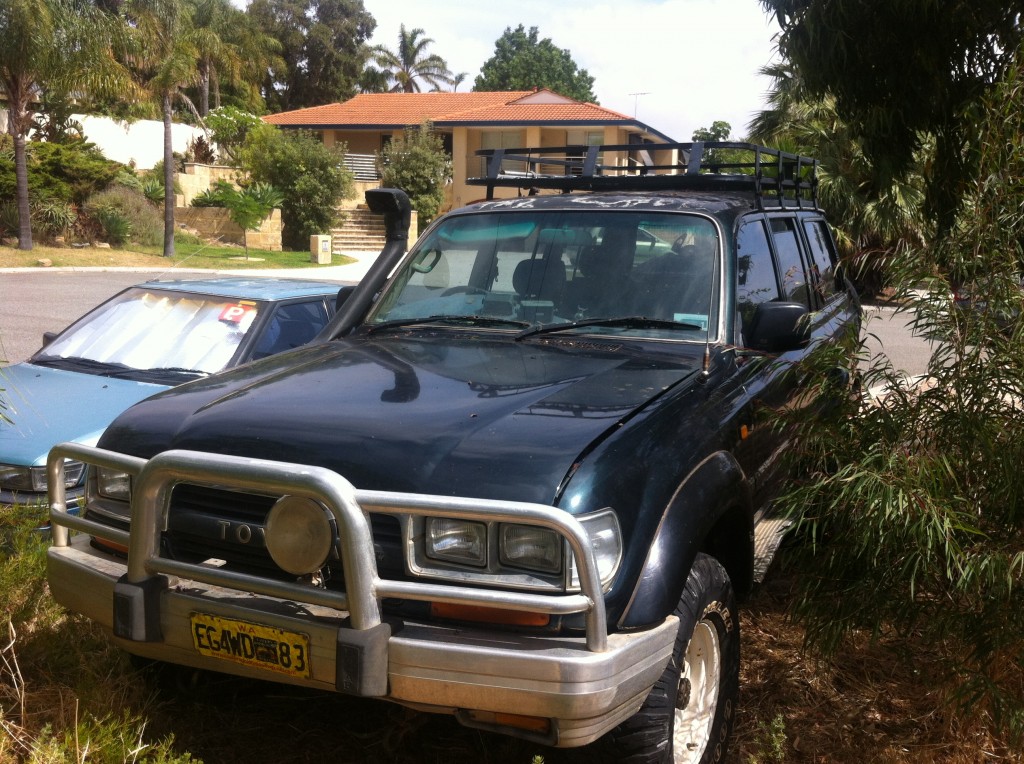 Roof rack, bigger wheels, lots of radios, rear wheel carrier, snorkel, big exhaust, high lift jack, and lovely rear drawers for storing stuff. All included. The down side is that it’s petrol powered. We can fix that with an engine swap sometime into the future. 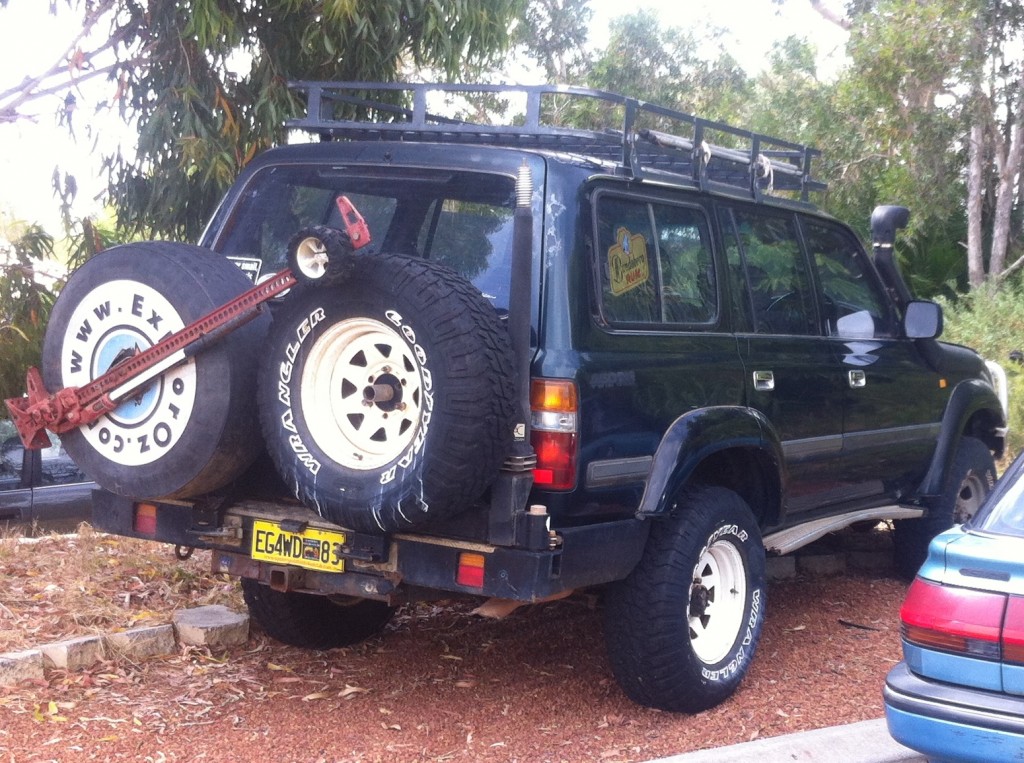 And it’s got nice unique number plates from the Eastern Goldfields 4WD club, which combined with the various knocks and scratches and missing pieces, give it great off road cred for touring the great cities of Asia and Europe.

How will it be, driving a well worn Landcruiser from Kalgoorlie down the Champs-Élysées in Paris in September. The locals at the crazy roundabout at the Arc de Triomphe will stay well clear!  This is a little video we took a few years back to give you an idea.