1.1       Travel to Azalea, the family farm of Bruce and Melita. Daughter of Eric, Granddaughter of Pete.

Plenty of other stories outdid the ghost stories. 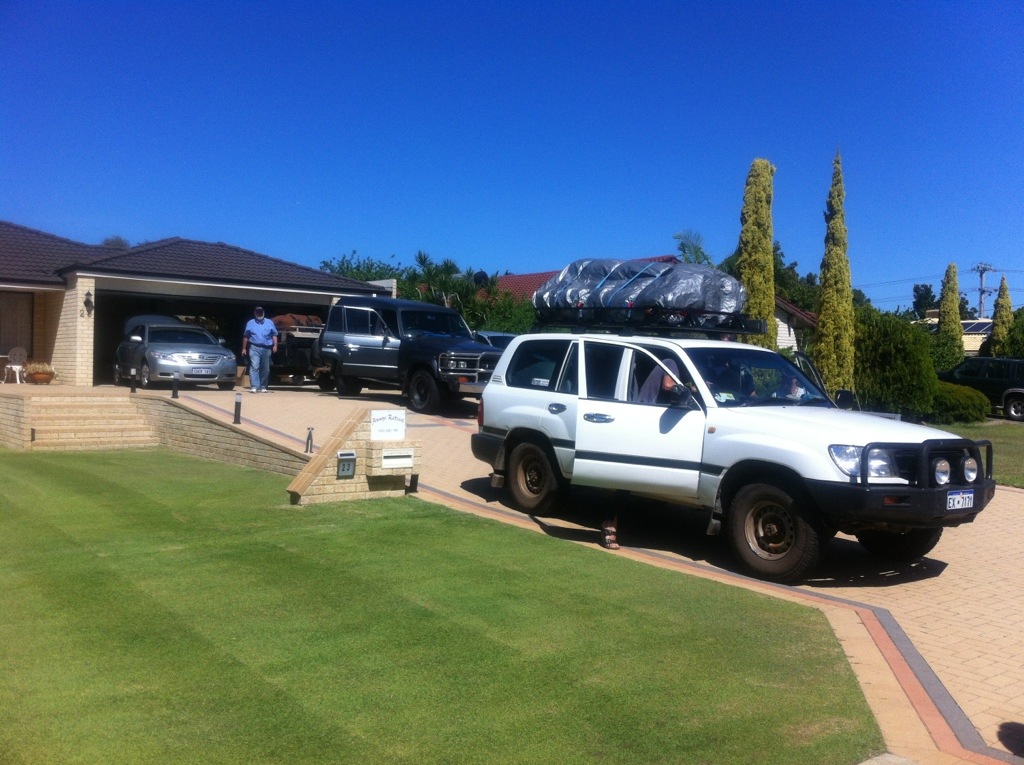 Trev’s loaded Landcruiser and Tim’s VeggieCruza ready to go. Passengers were too quick for a departing photo.

Arrived at Azalea and the numbers continue to build. Janet and Tony came from Narrogin and all the Perth travellers arrived safely.

Ingo, Phoebe and Gary were taken for a ride in Bruce’s huge air seeder.

Congratulations to cousin John’s daughter Amanda who has produced another boy today. John’s going to be a good grand dad and join us in the morning.

This afternoon, most of the Perth based bashers gathered at Barry’s for a few hours, packing trailers and meeting each other. And what a cacophony it was.  How on earth we are going to herd 24 Bashers and keep them on track is a frightening prospect, if the experience today with only ten is anything to go by.

Ingo and Iris continue to be amazed at all these Australian cousins they are discovering. Gary and Phoebe have arrived from Toowoomba and will be travelling with Trevor and Pat.

Barry and Jenny’s garage is no longer full of crates, chairs, beds and stoves. It’s now all in Tim and Don’s trailers which are both heavily loaded. Photos will come tomorrow. UHF radios were checked to make sure we could communicate on the road. The planning phase is now over – the journey begins tomorrow.

Helen has got her own blog for you to follow too: http://helen-travels.blogspot.com.au/

Before any great expedition, the travellers must gather, build their strength for the journey ahead and kindle their relationships.

Hence it is for this rellie bash. Cousins Iris, Ingo, Helen and Tim found their way to Kings Park for lunch. 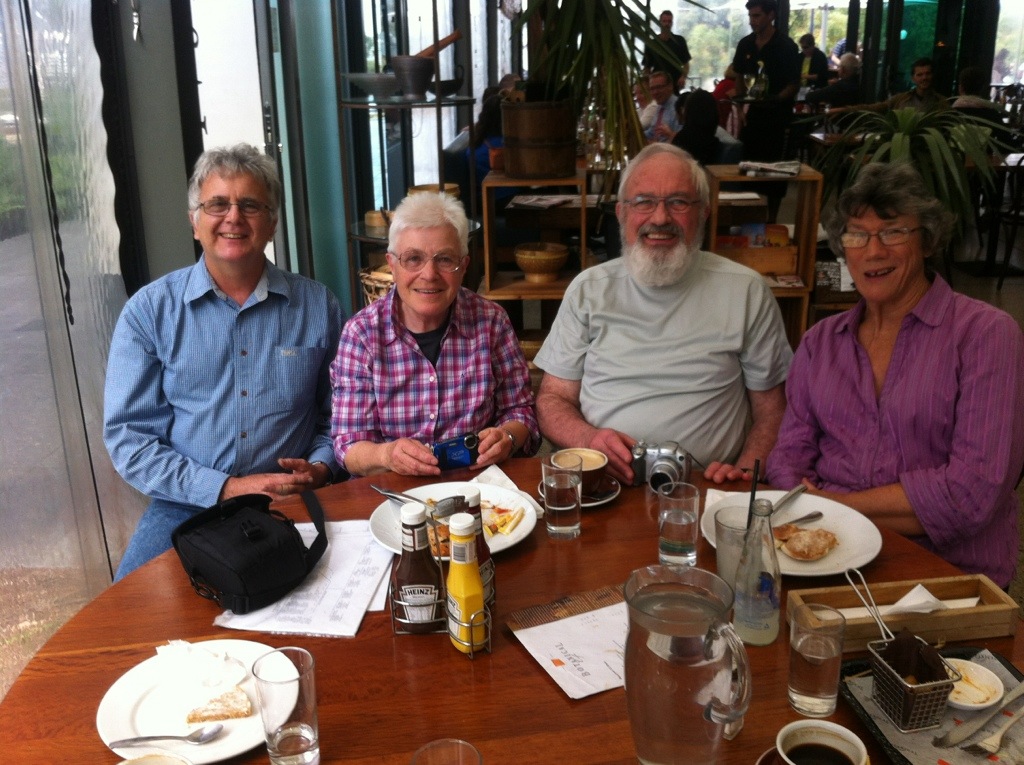 Oh my. Only four more sleeps until we head into the east – or the south if you’re coming from Karratha!

Helen and Graeme are flying in overnight from Sydney.  Ingo and Iris have arrived in Singapore from Frankfurt having a two day stopover before they arrive on Monday afternoon.

Barry and Jenny’s garage is FULL of crates for food. Each meal has a box and a big label – Thursday Dinner, Monday Lunch. Seeing how we feed 24 on the road will be an experience for all the newcomers. Barry continues to find bargains at swap meet, this time picking up a near new tent for $7, complete with a spare pair of poles which have been put to good use in Tim’s tent.

Barry’s son Michael won a UHF radio as a golfer, and that has found it’s way into Barry’s car so he and Jenny can be part of the chatter on the road. Unfortunately Gary’s plans to drive from Toowoomba have not worked out, but he and Phoebe will still be joining us; Deb needs to care for her sick Mum and our thoughts are with them.

Don has been working hard on getting the story complete. It gets more complex each week and he keeps unearthing new relies in South Australia, South Africa and locally here in Perth. They’ve all be added to the email list which now numbers 55 people. 24 of those are coming on the bash, rising to 27 on the final night.

Tim’s VeggieCruza is coming back together at last following the fitment of a replacement turbocharger. Window tinting was installed yesterday and the doors are to be reassembled today so it will look a bit more civilised and become the magnificent limousine once again. His big off road trailer will start being packed up over the next day or so, and 300 litres of canola oil included so he gets there and back again without having to use any traditional fossil fuels.

Serious discussions continue to be held about the toilet facilities, the privacy tents, the hygiene and other such important things. We have reasonable confidence it will all be fine on the day! And talking about serious discussions – the kitchen cooking facilities will be magnificent and will enable us to have fresh damper each day. Fire bans preclude us having crunchy coals with the damper, but the traditional bush food will go down a treat.

Next posting will be on Thursday as we load up and leave on this big adventure.